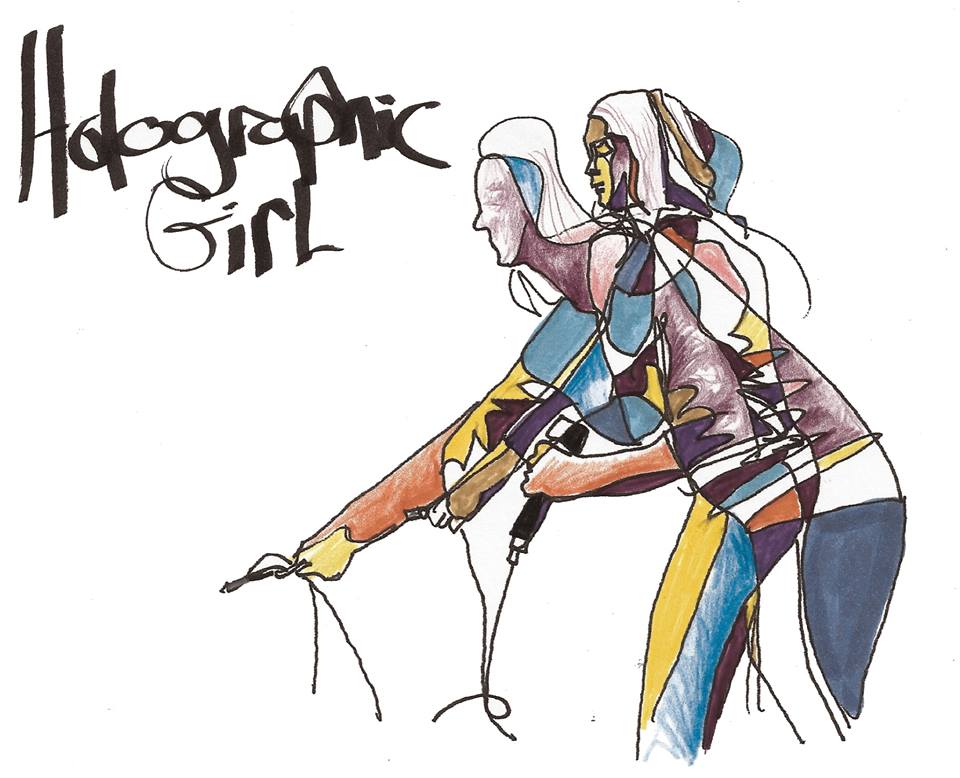 As an Ashland resident, it’s been a tough couple weeks in the local music scene. Still reeling from the closure of Club 66, another occasional music spot, Public House, decided to call it quits after a visit from the royalty mafia demanding money, and Hilltop Music decided to pack up and head down the road to a new location in Phoenix.

The only thing that’s been bringing me solace has been Mic This World, the new album from Grants Pass hip hop artist, Josie Holman, aka, “Holographic Girl.”

Holman “released” the album nearly three months ago, but did so with only a Facebook post to announce its availability for streaming. No album release shows, no press releases, no listening parties. Which is sad because Mic This World is far and away one of the best local albums this reporter has heard for months, and is deserving of at least a red carpet sample, if not the full shag walkway.

The tone in general is spooky and ethereal, with psychedelic elements, with lazy hip hop beats beneath swirls of synth and complex layers of vocals. They are wildly expressive, moving seamlessly between intimate, almost pouty, whispered rhymes, to smooth croons, and soulful flourishes. It’s reminiscent of K-Flay, though Holman’s conscious-themed lyrics are the polar opposite of Flay’s whimsical nihilism.

One standout track is number four, “Bring Light,” which has a heavy reggae influence both in the stabs of keyboard that anchor the beat, and the smoothly harmonized hook that swirls through the speakers like a dub track.

The next track, “Bandwidth,” is another fave, as it could easily be confused for a track by Portishead, or Bjork, with an aggressive vocal hook, and stabs of abstract noise.

The album closes with “A Favor From the Universe,” an intoxicating piece of trip hop with Holman crooning over a filter sweep of noise.

The main thing that makes Mic This World so enjoyable is that it’s hooky, but retains enough abstraction to avoid being catchy in the sort of way that prevents repeated listening. It can be listened to on repeat without annoyance for some time. It’s been in my car stereo on repeat for two weeks now—which is a pretty long stretch.

Mic This World is available on iTunes, Spotify, and Amazon. You can also follow or stream Holographic Girl on Soundcloud.

Or you can get a copy the way I did: Have her hand one to you at a barbecue.