ROGUE SOUNDS: ‘Fragments’ By The Bouray Is An Excellent Debut, But Not A Grand Slam 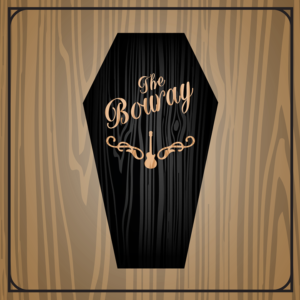 The Bouray doesn’t waste a lot of time. After bandleader John Johns exited The Rogue Underground late last year, he assembled a new group, and hit ground gigging. Barely a weekend goes by that The Bouray isn’t playing somewhere in the valley. And on March 10 they played the release party for Fragments, the group’s debut EP.
Fragments collects five songs from the band’s surprisingly deep catalog of funk and bar-rock tunes, and despite the incredibly short timeframe between the band’s formation and the EP’s release, the production doesn’t feel at all rushed. It’s tight and polished, with clean intentional, complimentary arrangements, and excellent sound quality.

But what wasn’t developed as quickly was a distinctive sound and personality that states emphatically: we’re The Bouray, yes the real Bouray, and all those other Bourays are just imitating!

As skillfully as the songs are all executed, if I hadn’t seen The Bouray a dozen times or so, I’m not sure I could pick them out a lineup.

But it’s working for them. There are shades of Jack Johnson, G-Love and Special Sauce, Garaj Mahal and others in the groove rock scene. The EP ends with “One in the Same,” a blues-rock song that would clearly be an ode to “Boom Boom Boom,” by John Lee Hooker even if the band didn’t announce that they were deliberately aping it from the stage. And in addition to imitation being the sincerest form of flattery, it’s also one of the EP’s best tunes.

But a strong argument can be made that that all doesn’t matter in the slightest. The band’s goal is to get people moving on the dance floor. Something they excel at live. And the EP carries the same funky vibe to the stereo.

The opening track, “Cloudsurfer,,  about stargazing has a jumping groove and a catchy vocal hook for the chorus.

The second track, “Milky Way,” has a strong “college rock” vibe with a great synth bass sound.
The third is another funk-rock groove, with shades of Prince: “Paint it Red.”

The fourth tune, “Come Away,” is a ska ballad, and the EP closes strong with “One in the Same.”
Johns has told this reporter that he just wanted to get something out for the band, make it legit. Though I think the band’s strongest work is still ahead of it, they accomplished far more than just getting something out with Fragments.

Fragments is available to stream on Spotify.

ROGUE SOUNDS: ‘Fragments’ By The Bouray Is An Excellent Debut, But Not A Grand Slam