Home»Sound»Rogue Sounds»ROGUE SOUNDS: ‘Epileptic’ by MRGN Goes to 11, But You Can’t Turn it Down
Rogue Sounds/Sound

ROGUE SOUNDS: ‘Epileptic’ by MRGN Goes to 11, But You Can’t Turn it Down 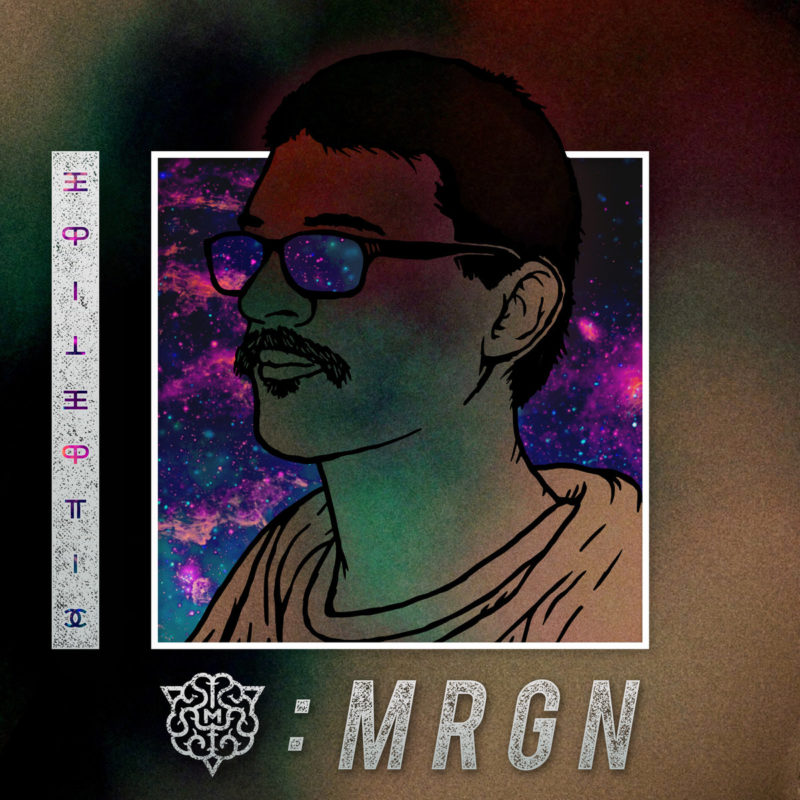 In 1969, The Doors’ lead drinker Jim Morrison told Rolling Stone that he didn’t think the band of the future would be a band at all.

“I can see a lone artist with a lot of tapes and electrical … like an extension of the Moog synthesizer — a keyboard with the complexity and richness of a whole orchestra, y’know?,” Morrison said.

In 2016, Rolling Stone said that quote was Morrison predicting EDM. But even wrapping the countless other earlier genres like house, trance, etc… into the more recent heading of EDM, it’s still a fairly narrow assessment. It is the golden age of the solo bedroom project, in which that keyboard, or tape loops, or other studio wizardry can easily turn a single player into any kind of orchestra.

Or, in the case of MRGN, a rock band.

The “band” is a solo project from Morgan Hoehne of local metalistas Your Hands Write History, and its recently-dropped four-track EP, Epileptic, is just like how metalheads go camping: in-tents. Despite Hoehne recording the entire project in his room, it sounds massive, and complex, as full as a stadium show, as complex as Botch, and about as close to EDM as Wynton Marsalis.

The EP opens with “Broca,” a two-minute run of clean ambient guitars, before bringing the thunder on the second track, “Limbic, a complex eight-and-a-half minute track that moves seamlessly between ambient post-rock riffs and math rock blast beats.

The third song, “Gray Matter,” is another nine minutes of overdriven overdrive, punishing and relentless enough to make you wonder if there is such a thing as too much metal.

There is a brief respite of ambient guitar at the start of the final track, “Basil Ganglia,” before it opens the pit back up for another six minutes, then ends not with a bang, but with a whimper: a lush series of chords drenched in reverb.

The entire EP is presented without vocals.

Technically: Epileptic is a tour de force, with an uncommon level of precision and technicality, even for metal. But it’s also kind of a one-trick pony. Two if you count the occasional interludes of ambient guitars, which are hard to, since they feel like they’re thrown in a bit more to fill space than to be part of the dramatic ebb and flow of the music, since it barely ebbs or flows, simply rages. For the average listener, that makes it a bit challenging to listen to a second time, or for anything beyond going, “wow? They pulled that off? Cool.”

That said: metal, is not for the average listener. Not by a long shot. It’s advanced level music fandom, and if you don’t get it, it’s not for you.

ROGUE SOUNDS: ‘Epileptic’ by MRGN Goes to 11, But You Can’t Turn it Down