ROGUE SOUNDS: Critic, The Cannibal, Speaks by Screaming Their Balls Off 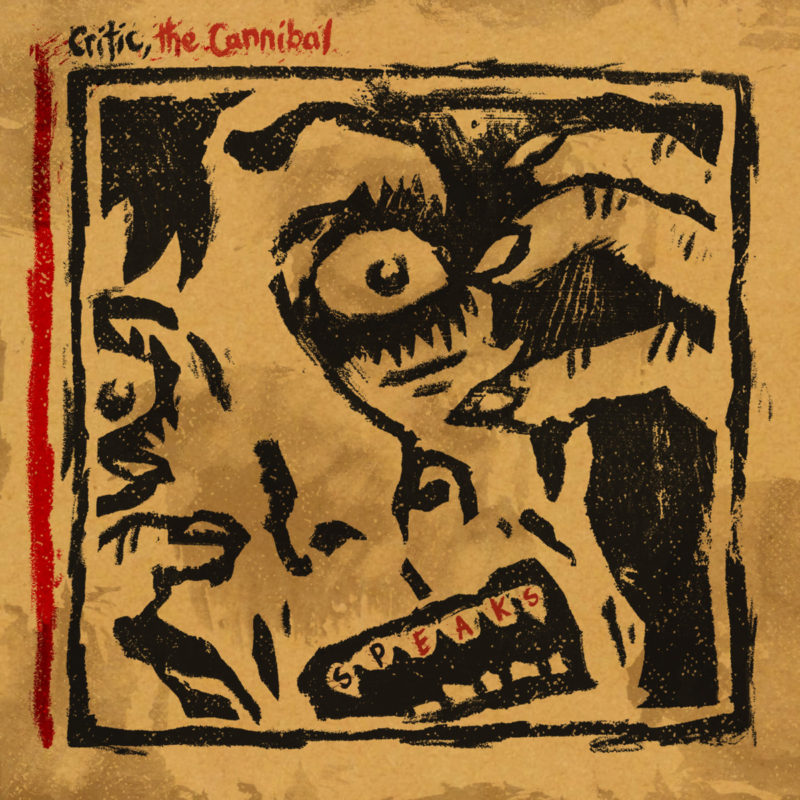 Volume isn’t for the ears. It’s for the bones and the chest cavity. It’s to feel music as a full-body experience vibrating your core from the inside out rather than suffering through the miserably lacking experience of only accessing it with your ears.

And there is no finer high-volume experience than a blazing wall of overdriven guitars and a band that’s playing like it’s a race.

And those are exactly the jams being kicked out on Speaks, the new seven-track EP from local hardcore outfit, Critic, the Cannibal, that was released to Bandcamp in late February.

It opens with a wild scream and a “Cowboys From Hell”-esque riff of “Leave No Witnesses,” which blazes along in the verse, and drops the hammer for stompy half-time choruses.

The second tune, “Transplanted,” opens with swung finger-snaps and a clean bass line a la System of a Down, being doing just as they would, and opening up the pit.

The fuzz bass that launches Track 5, “Shallow Waters,” is a revving engine at the starting line. But its masterful misdirection, slowing down for the chorus.

Closes with “Bone Thief,” a track so big and bruising it still stands out from the rest of the collection, even more so when it breaks down into a dreamy syncopated electronic beat in the middle.

Though the screams are better than the sung melodies, a rarity due to the unique challenges of hardcore vocals, that’s barely noticable. It also helps mask the melodrama of the lyrics. Overall, the seven tunes are lock-tight, and primed for high-volume listening, with elements of Refused, Every Time I Die and other modern hardcore masters waving flags left and right. It’s riffs are bold and its beats are big even if it’s math-thrash style is a bit generic.

That said, Speaks isn’t dripping with crossover appeal like those bands. This one is for pre-existing hardcore fans. But they should find much to like. The technicality and melodic asides in the breakdowns that makes it compelling as more than than an extended wall of noise. To be direct: this is some complex shit.

ROGUE SOUNDS: Critic, The Cannibal, Speaks by Screaming Their Balls Off