In the 10-part Time Life “History of Rock and Roll” documentary series, Ben E. King of “Stand by Me,” fame, discussed his adolescence in a doo-wop group, wandering the streets of New York like a gang, issuing challenges in four-part harmony to every other group they came across doing the same.

That’s just how it was done back then. Harmony required cohorts—and apparently a charming West Side Story-esque version of gang fights.

The ’80s brought us beatboxing, and a more percussive approach to vocal groups. But they were still groups.

Nowadays, technology has made it possible to go solo, combining all the various a capella disciplines in layers of vocals recorded and played back live through the use of a looping pedal. 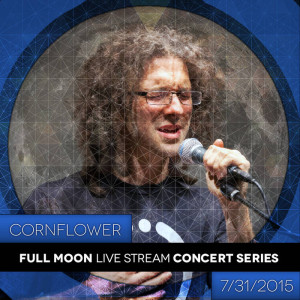 Southern Oregon’s premiere a capella-cyborg is Cornflower, who emerges on rare occasions to ooh and ahh all the joint, in baker’s dozens of harmonized vocal lines.

The first track, “Shuffle Shake,” has a tight funk feel, with a punchy beat and vocal melodies that emulate the phased sound of ’70s mellotron, intermixed with scatting and a smooth R&B croon, and suitably dance-floor themed lyrics. It’s all masterfully executed, which shouldn’t come as much of a surprise. This isn’t the kind of music one writes or pursues without intention. Loopers so change the way that music is composed and performed, that they’ve been thought as independent instruments. It lends itself best to percussive grooves and ambient layers. While long, complexly-layered loops can be tedious and short ones grow repetitive if not kept dynamic, Cornflower both executes a dizzying number of layers, and pulls heavy influence from the longform dance-floor focused work of jam-bands. Sure, at times, the tracks can run a bit long (the shortest tune is nearly eight minutes), but even when it drags a bit, is—frankly—astounding.