ROGUE SOUNDS: Claiming (Sound of) the Skeptic’s ‘Rooms and Buildings’ for Southern Oregon 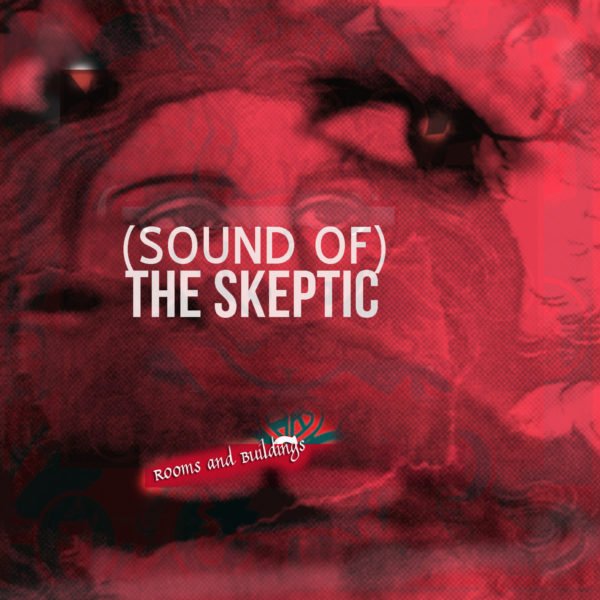 It’s said that we never really leave high school. For music critics of a certain age, that can be a problem, as they endlessly pine for the fading sounds of their fading youth.

For my certain age, however, it bring the extra complication that music was something very different when I was in high school. There have always been “recording artists.” It’s just that the cost to access a studio meant that they weren’t common on the local level. So bands were something you experienced live. And for me, that frame of mind has endured, as I look to the stage rather than the record shelf to establish a band’s existence.

That makes Rooms and Building, a new 16 track album from (Sound of) the Skeptic something of a mind-puzzle for this high-school-stuck critic.

The band is ostensibly Ashland-based. And operating out of the travelling record store, Roaming Empire, to boot! So my deep stage bias itches to call shenanigans on the band’s locality. Can they really be local if they aren’t actively part of the local music happenings? The guitarist for Jefferson Starship may live in Ashland, but is he really a part of the local music community, or just someone that lives here? It’s a conundrum.

But I also really want to claim Rooms and Buildings in the name of Southern Oregon. It’s layered, complex, and cinematic with shades of Nick Cave.

It opens with “For Your Dollar,” a thickly layered track based around an acoustic guitar, but drenched in echoes, strings, and doubled vocals with a spooky Peter Murphy vibe.

Track two, “Backdoor Dreamin’,” has a definite Nick Cave vibe, as an untrustworthy narrator guides the listener through an evil ballad and track 4, “Vera Hacienda,” has a cinematic flow that seems straight out of a Tarentino credit sequence.

Track eight, “Ithaca by Sea” is a high point, a sea chanty of the damned. The song is carried by the accordion, and filled out with pizzicato strings and demented laughs to let the audience know that this is what The Decemberists would sound like on bad acid.

The album concludes with…

Rooms and Buildings is well-produced. A lot of time and effort clearly went into this recording to establish a sound and a mood. It occasionally toes the line between layered and cluttered as vocal hooks and samples are layered along with echoes, and leads, which can feel chaotic. But sometimes that seems like the point, like on track 10, “Of Wise Men.”

Overall Rooms and Buildings is one of the most engaging recordings to come out of Southern Oregon in the last year. But how much cooler would it be to see that play out on stage as well? A boy can always hope.

Rooms and Buildings is available for download via Bandcamp.

ROGUE SOUNDS: Claiming (Sound of) the Skeptic’s ‘Rooms and Buildings’ for Southern Oregon