ROGUE SOUNDS: ‘Backwoods Blend’ by The Distilled Spirit Rebellion Might Need to Age a Little Longer 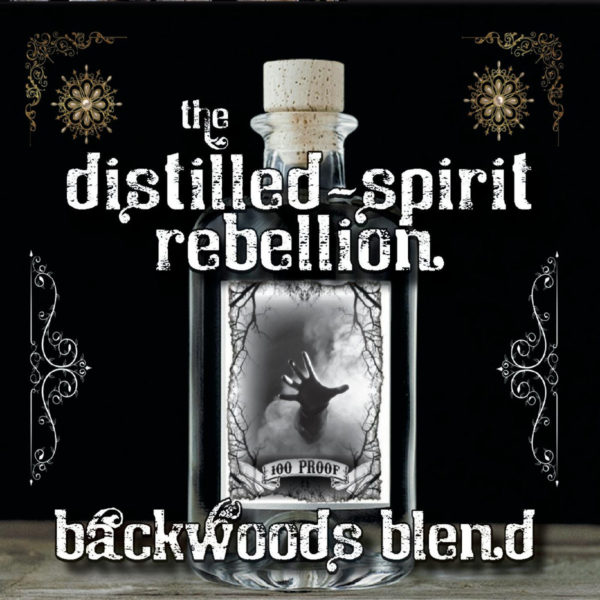 There’s a generally held belief that critics are hateful misers, lurking in a dark room while stroking a cat like a supervillain, waiting for any opportunity to blindside innocent, unsuspecting artists on nuclear blast.

In my experience, they’re more akin to cultural patriots; fans so passionately committed to the cause that they want nothing more to shout about from the rooftops, but who also can’t help but be frustrated when a work falls short of its idealized potential. One need only look to fanboy comic culture to see that taken too far, it can become toxic. But in moderation it can help spread the word, while also urging artists not to get too high on the circle-jerk of acolytes that offer no incentive to do their best work.

It’s hard not to dip a toe into that rabbit hole listening to Backwoods Blend, the new album from Josephine County’s own Distilled Spirit Rebellion.

The 13-track collection was released last month in online and physical formats, and features the most non-hyphenate take on country music in Southern Oregon. Banjos plink, acoustics strum, and pedal-steels boldly proclaim it’s their party and they’ll cry if they want to.
Track 3, “The Coo-Coo Bird,” from the weird Americana songbook, is one of the album’s best tunes, with a great minor key banjo line reminiscent of Slim Cessna.
Track 5, slips more into the ’70s sound with a straight rock beat, flourishes of organ, and the lyrical profession that “I was a rebel then, but I’m an outlaw now.”
Track 9, Darlin’ Corey, a song driven by an old-time Earl Scruggs-style banjo line is a standout track for its general boisterousness.
The album concludes with “Closin’ Down the Honky Tonks,” another 70s-style tune that laments the tyranny of last call.

The collection is heavy on covers and traditionals, but has enough original material to stand on its own, and the pedal-steel work from Fred Epping is great.

But summing it all up is where we circle back to the meta-commentary about critics, because while the pieces are all there, it doesn’t quite stick the landing, feeling just a little bit…off, mostly in the vocals from frontman Nazel Pickens. His voice is a perfect stylistic match, all gravel and twang, with hiccups and yodels in just the right places, and it isn’t exactly out of key. But it just feels like it’s happening in a different room. And while country certainly prides itself on its rough edges, it doesn’t quite work here, which is disappointing, because so many of the other pieces are just right. Perhaps these distilled spirits just need to age a little longer in the barrel to reach maturation.

Backwoods Blend is available to stream on Spotify, for download on Bandcamp, and from the band as a CD.

ROGUE SOUNDS: ‘Backwoods Blend’ by The Distilled Spirit Rebellion Might Need to Age a Little Longer