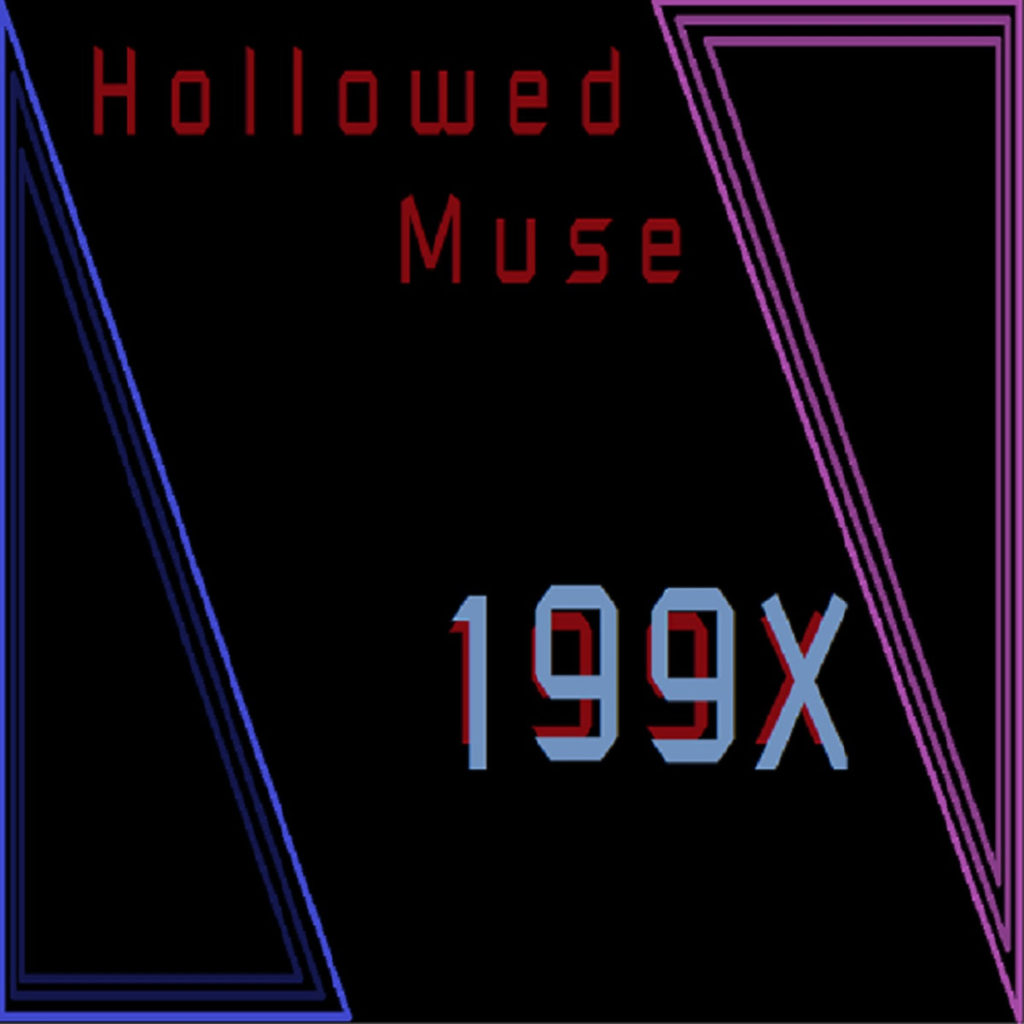 Growing up in the Nintendo and Depeche Mode ruled ’80s certainly started me down the path, but the stellar soundtrack to Stranger Things on Netflix, has plunged me deep into a reborn synthesizer fever. And that can be a rough affliction to have here in string band obsessed So-O. There are five music stores in the valley, vending a grand total of one synthesizer—a highly prized vintage ARP Odyssey that even the shop owners seem somewhat puzzled by. So there aren’t a lot of synth groups to follow.

That’s why it was a joy to find 199X, a new collection of tunes from Grants Pass knob-jockey, Hollowed Muse. The 10-track collection released in late September could pass as a new addition to one of John Carpenter’s Lost Soundtracks (soundtracks for films he never made) series of album.

For example, it opens with “Prelude: 199X,” a theme song for a tragically never-made low-budget cyberpunk police drama on basic cable. I mean, it’s an instrumental tune, and that’s not stated anywhere in the album notes, that’s just what it sounds like. David Hasselhoff could guest-star in the pilot to give it credibility, but poor writing would kill it in the second season. A Rhino release of the box set would give it a cult following. Or it could just be a groovy tune. Dealer’s choice.

The second song, “Last Grove,” is a lagging half-time epic of epicness. Put this on to drive at night down a neon highway and contemplate your life.

The fifth track is “Tryian 2016,” a peppy, danceable tune with a driving ’80s beat, and a whimsical lead line straight out of a Mega Man game. If that’s the campaign jingle for #TeamLannister, then sign me up.

The collection closes with “UAC Labs,” which is anchored by a punchy synth bass riff, and a series of rapid dirty staccato chords. Between the minor keys, and the aggressive rhythms on the chords, switch it to guitars, and it could be a System of a Down Song.

Hollowed Muse may not quite be ready to stand alongside the grand wizards of synth like Giorgio Moroder, and Wendy Carlos, but anyone looking to make an ’80s-inspired horror flick or rock a dance party is advised to look ’em up.