Home»Sound»Music News»Rock is Not Dead: But Prophets of Addiction Know Where the Hell it’s Been
Music News/Sound

Rock is Not Dead: But Prophets of Addiction Know Where the Hell it’s Been 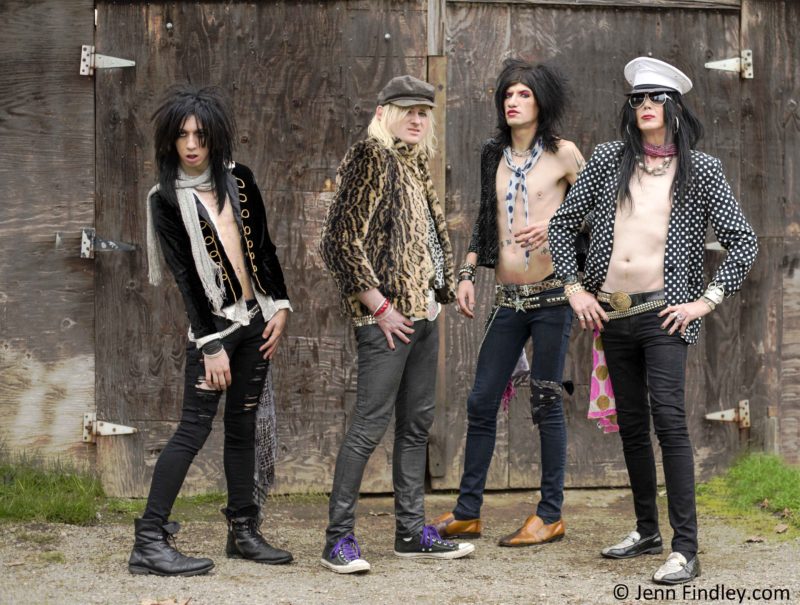 Rock n’ Roll is more than just a lifestyle choice for the Prophets of Addiction; it’s a way of life. For over two decades bassist/vocalist Lesli Sanders has been playing all across the world, with an ever-changing arsenal of musicians. He has no plans for the future, except to keep doing what he’s been doing. And on Halloween night, you can catch Sanders and guitarist Glen Gilbert, playing a rocking acoustic set at Johnny B’s in Medford.

Most musicians head for L.A. to make it big and when the money doesn’t roll in, they get day jobs or move back where they came from. Sanders may not have gotten his rock n’ roll paycheck yet, but that hasn’t stopped him from living his rock n’ roll dream. And he has no delusions about success.

“You’re not going to be a big rock star,” says Sanders. “That’s not a possibility anymore. Nobody’s moving to L.A. with 20 dollars to their name. There’s no dream anymore. I see bands and their dads, who are my age, are carrying their equipment and buying their gear.”

And from his point of view, most successful bands today are interested in the business more than the music. “It’s just a corporate product,” he says. “There’s nothing real about the band from the moment they started.”

Sanders moved to L.A. from Tacoma, Washington and immersed himself in the scene for 18 years. At one point Sander’s band at the time, City Boy’s Girls, opened for Dee Dee Ramone during the last run of shows before his death. They were neighbors at the time and Ramone helped him get the gig.

“I had a different band and we played the last shows with Dee Dee,” says Sanders. “He lived two doors away from me. We played with him the last 15 or 20 shows he played in L.A. He used to say, ‘You remind me a lot of Johnny Thunders.’”

The Prophets of Addiction’s latest album, Reunite the Sinners, is an onslaught of trashy glam-punk.

“CC Deville from Poison played a solo on it,” says Sanders. “We’ve been friends for years. I was like, ‘Can you play on the record?’ and he was like, ‘Yeah’. Phil Soussan, he was the bass player for Ozzy, he mixed the record and stuff.”

The Prophets of Addiction, vocalist/bassist Lesli Sanders, lead guitarist Glen “GG” Gilbert, drummer Jason Russo, and guitarist Enrico Mariuzzo, are in the early stages of working on their latest album. It can be difficult to record when the band members live in different states, but that is just one of the realities of living this rock n’ roll dream.

“We are working on a new record, so I have to figure out how to do that,” says Sanders. “I’m friends with Bill Stevenson of the Descendants. He has a studio in Colorado, so I might go record with him. I’m working on songs, talking to labels, so we’re just trying to figure it out.”

Lesli Sanders is like a centipede, putting one foot down after the other; endlessly moving into the future. If he stopped to think where the next foot will land, he would probably trip himself.

Rock is Not Dead: But Prophets of Addiction Know Where the Hell it’s Been