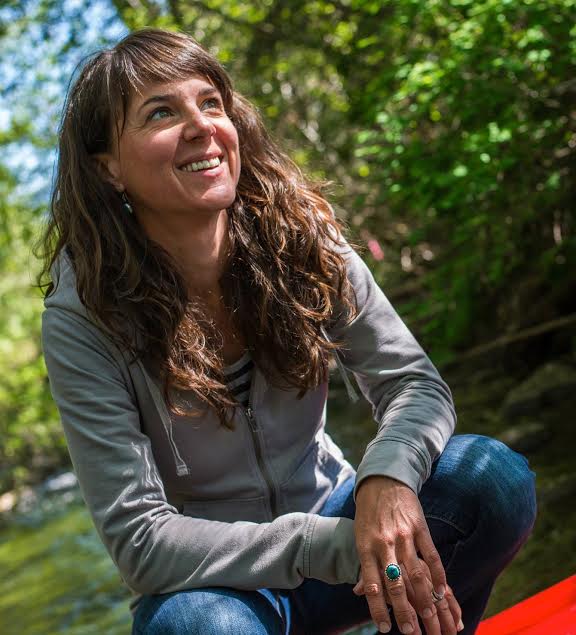 In 1972, Congress passed the Clean Water Act. The law establishes water quality standards (e.g. drinkable, fishable, swimmable) and prevents pollution which violates them. Although the current Congress and White House administration may have little interest or foresight in general environmental health, Rogue Valley residents can rely on one fellow citizen to protect a key part of the Valley’s well-being: access to clean water.

Robyn Janssen is the Rogue Riverkeeper. The Southern Oregon native not only runs the non-profit organization of the same name but literally defends the Rogue River. Where local governments; water and sewer districts; businesses and landowners; and residents, workers, or tourists, might have shifting priorities, Janssen stays focused on water.  As she states, “nobody would be here without the river.”

Janssen’s relationship with the Rogue did not begin as its protector. Rather, she found herself, thanks to a summer job at former Ashland-based outfitter, The Adventure Company, riding along on rafting trips on her days off. “I took to the river,” she says. “I loved it out there.” By her second summer with the company, she had become a guide herself.

River and outdoor life enthralled Janssen for ten years. “I was living out of my truck and running rivers,” she describes with a smile. In addition to the Rogue, Klamath, Illinois and Umpqua Rivers in Southern Oregon, she eventually led river trips on the Smith and Salmon Rivers in Northern California, the Colorado through the Grand Canyon, and the Middle Fork of Idaho’s Salmon River.

In 2006, Janssen returned to Ashland to study art at SOU. A class in “art activism” led her to work with KS Wild, the local non-profit dedicated to the preservation and restoration of the Klamath-Siskiyou region. Although the project to expand the Wilderness Area around the Wild and Scenic section of the Rogue fell short of its goal, the combination of art and nature conservation succeeded with Janssen. She joined the staff of KS Wild soon after graduating.

Now a leader in Southern Oregon’s environmental movement, Janssen tries to communicate what she learned to love about the Rogue River from a raft’s pilot seat to a wider audience. Over 300,000 people live in areas of Curry, Josephine, and Jackson Counties within the 3.3 million acre Rogue River Watershed, but Rogue Riverkeeper counts only 700 members. Float trips, salmon walks, Facebook posts, fundraising events–like every non-profit, Rogue Riverkeeper aspires to keep the public’s attention focused on a critical issue while keeping the lights on, too.

Rogue Riverkeeper’s affiliation with the Waterkeeper Alliance, an international partnership dedicated to clean water, provides crucial support. When the technical details of stormwater runoff or riparian buffers consume her attention, Janssen’s interactions with “waterkeepers” from places as disparate as Afghanistan, China, and Chile give her perspective. “After talking with these folks, I realize that we have it pretty good (here in the Rogue). They literally fear for their lives, from their own governments, for advocating for clean water.” KS Wild, backing from national companies like Patagonia and local ones like Sawyer Paddles and Oars in Talent, and partnerships with local fishing clubs and SOU’s Outdoor Leadership program also assist the Riverkeeper in her mission.

Southern Oregonian’s defeat of the Jordan Cove LNG pipeline and depot has halted the greatest threat to the Rogue. Janssen continues to monitor others such as development pressures, substandard forestry practices, antiquated sewage facilities, and small scale mining, all with their own damaging consequences. “I have moments,” Janssen reflects, “when I feel like I’m carrying a lot of responsibility on my shoulders. But, I can’t let it get to me.” She hopes, when a mountain biker guzzles from her water bottle, when a parent takes their child for a swim, or when an outdoorsman passes an afternoon angling in a clear and clean Southern Oregon stream, that they all remember the water which the Rogue Riverkeeper protects for us all.