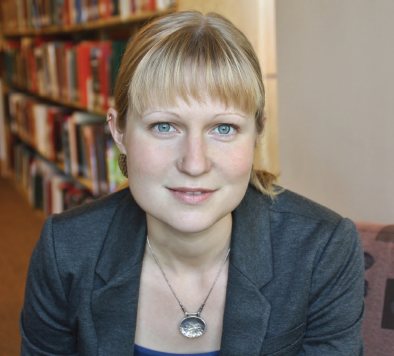 Michelle Glass has been Lead Regional Organizer in Southern Oregon for the social justice organization, Oregon Action, since 2014. Oregon Action is a chapter of the Center of Intercultural Organization. Their mission is to build a unified intercultural movement for justice.

Rogue Valley Messenger: Can you tell me about your time with Oregon Action?

Michelle Glass: I got involved with Oregon Action in 2009, they were working on health care and I got involved as a volunteer and was excited that someone locally was working on an issue that I was personally involved. I have been uninsured and working as a single mother for many years and I knew what it meant in my life. They gave me the opportunity to work on issues that affect my life and my community. I even got the chance to go to Washington D.C. and represent southern Oregon and speak on our behalf. That experience of being able to directly participate in the process and represent my community was really empowering. That’s when I decided this was work I felt really passionate about.

RVM: How did you first get involved working for social justice?

MG: You know for me it really goes back to childhood. I remember being a kid growing up in rural communities in Idaho and just having this really deep sense when I saw a homeless person or a racial tension on the news, a sense of we get to choose what kind of society we live in and why are we choosing one where people feel so separated. It seems so unnecessary. I didn’t understand why we weren’t changing that. So when I found organizations locally that were working on those issues it was kind of like an “aha” moment.

RVM: What are some of the key issues you guys are working on now?

MG: We really focus on issues that affect working families in Southern Oregon. Right now that is a combination of economic security issues like growing student debt, the impact of low wages, the impact of the persisting wage gap for women. Two thirds of women in Oregon work to support a family but still on make 79 cents of the white male dollar for working the same jobs, and that has a huge impact on keeping women supporting families in poverty. Also issues that are persistent in terms of racial inequalities like police profiling and immigration reform.

RVM: Are you familiar with Southern Oregon University’s Bias Response Teams campaign to educate the community on personal privilege?

MG: Yes I am. I think that we are at an interesting point right now in our nation’s history and I think that it is important to think about not just the ways that we are all separate and disadvantaged but also the privileges that we have. Unless we can be honest and aware of both privilege and disadvantages that all of us face as individuals and groups, I don’t think we’re going to be able to address the racial and economic divides that our country is constantly dealing with. I think it’s time and I think it’s important. It’s hard but there are a lot of great resources so I’m glad SOU is taking it on.