In an ongoing series, the Rogue Valley Messenger catches up with public officials in the region, and asks for their insights into local issues—and solutions. The subject of this installment is Larry Masterman, the city of Medford’s first full-time Emergency Management Coordinator. With Halloween and zombies on the horizon, who better to talk with than an Emergency Management Coordinator? And, no, apparently, Medford does not (yet) have a comprehensive plan for the zombie apocalypse.

RVM: What were your main goals in coming into this newly created position? 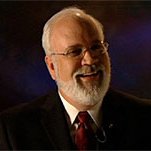 LM: One of the first things that need to be done when coming into a new community is to take a lay of the land and assess the needs of the community. In order to do my job effectively I need to have an understanding of the environment, infrastructure, and municipal agencies that make up the region.

After that, the most important part of being Emergency Management Coordinator is to make sure the city of Medford is prepared for a disaster, especially on the part of the citizens, because the government can only do so much. The daytime population of Medford is about 150,000 and there are only about 400 full-time first responders in the city. This means that if a disaster were to happen during the daytime, a lot people would not be able to rely on calling 911 to get themselves out of trouble; at best, our first responders would be outnumbered one thousand to one.

This is not to say we should all be terrified, but my hope is that I can promote awareness to the point that they’re at least concerned enough to take the proper steps to go out and put together an emergency preparedness kit. Not only that, but it is important to put together a plan to make sure everyone in the family knows what to do and where to go, so that they can find each other even if a disaster strikes while every one’s off at work or school.

RVM: What are the emergency situations mostly likely to occur here in the Rogue Valley?

LM: The main concerns here have to do with natural disasters. Of course, we are in the middle of a major drought and the risk for wildfires has been high. In the winter months, there’s always the chance of severe winter weather that could shut down I-5 and cause major issues. There is also the potential of flooding in Bear Creek and the Rogue River. Although Southern Oregon does not get a lot of earthquakes, a lot of people have been talking about the Cascadia Subduction Zone, which geologists say is overdue to cause a magnitude 8.0 or greater earthquake sometime in the next hundred years or so.

RVM: How well prepared is the Rogue Valley for a major earthquake?

LM: I would say that the Rogue Valley is definitely well prepared for a large-scale emergency situation. There is incredible coordination and cooperation between the police and fire departments as well as other important departments such as public works that would be crucial in the city’s recovery efforts.

RVM: What is the role of a Citizen Emergency Response Team (CERT) in ensuring disaster preparedness?

LM: The Citizen Emergency Response Team is made up of community volunteers who have undergone a basic training course dealing with the skills needed to respond to emergencies. The role of CERT is essentially to augment first responders in an emergency situation. There are now 4 teams in Jackson County and 1 in Josephine, totaling about 100 people. The training is free and the next session is coming up in November. You can find more information on CERT training and emergency preparedness at our new website, readymedford.org.