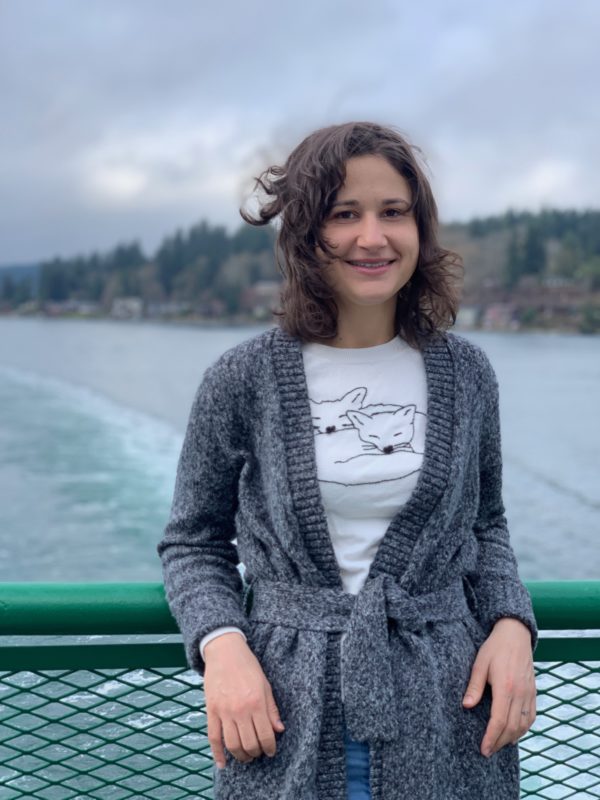 Rogue Valley Messenger:  Is there a specific story or incident that has most surprised you to learn about the history of southern Oregon?

Kira Lesley: The influence of the Rogue River Indian Wars and the Modoc Wars in regional historic memory is larger than I realized. I was born and raised in Portland, and I have family in Central and Eastern Oregon, so I was much more familiar with the stories of Native Americans in those regions. I knew a bit about the history of the battles down here, but there is a way that people talk about it that’s different. It’s part of the historical canon, in a way that it is not in other parts of the state.

And then of course there’s the D’Autremont brothers story—why hasn’t anyone made a feature film out of this?!

KL: We need all these stories to tell history. It used to be that the field of history was dominated by what they call “great man” history. It mainly studied the actions of political and military leaders. That knowledge is still important for understanding history, but so is the experience of people who weren’t famous and didn’t have access to power. That is the idea around cultural history, which gained popularity in the mid twentieth century. The problem is, people without access to institutional power usually don’t leave as much of a historical record. The field of history traditionally relied on written documents, so that automatically excludes the vast majority of people throughout the ages, who did not create written documents. That’s why it’s important to preserve what we can, and why people’s recollection of seemingly mundane events are so helpful. Diaries of the Oregon Trail, for example, may be just a few jotted notes daily, but they convey a wealth of information about the people involved and their experiences.

KL: Ha! This is a trick question. Well I’m not that big on disciplinary boundaries, and I’ve been accused of having sociological interests, rather than historical, interests at times! I think you can consider something that happened yesterday to be history. Again, in an academic setting, I think recent history is considered 50 years, but if we are talking about change over time, I think you can start any time. But the more recent an event is, the fewer frameworks you have for interpretation. So I suppose history is a continuum—the older something is the more ways you have to re-evaluate it.

RVM: Exploring the library there is a lot like detective work, looking for clues in old photos and newspaper articles.  Will the job of future historians be completely different; that is, instead of dealing with finding scant information, they will deal with information overload?

KL: Actually I don’t think so. Even though we are generating more information than ever before, I don’t know that it’s going to be preserved. Data storage is changing so fast and frequently that our ability to form guidelines and best practices is struggling to keep up. For example, I’ve read that even though people take far more pictures than they used to, they don’t keep nearly as many. We lose our phones, we lose access to our old accounts, etc.

RVM: How did you know that you wanted to make being a historian your profession?

KL: The bottom line is that I love studying history. I actually started out in college studying ancient Christianity and ancient Judaism, but from a historical perspective. But I ended up majoring in history and going on to my masters in history because it seemed like the best way to make sense of the present.

RVM: Do you have advice for someone who wants to start researching the history of southern Oregon?

KL: Come in to the Southern Oregon Historical Society Research Library! Although our artifacts are currently in storage, we have a tremendous amount of materials in the library. We have thousands of historic photographs, vital records (birth, marriage, death etc.) and fascinating oral histories. I would recommend people go to our website, where you can browse our online catalogue and start to explore what we have to offer. We also have a link to other resources, such as Ben Truwe’s site, which has thousands of indexed pages of historical material, the Rogue Valley Genealogical Society site, and Jackson County Libraries. All these resources complement each other, as do our partner organizations in the Jackson County Heritage Association. Whether you’re interested in gold mining, Chinese laborers, railroad history, orcharding, the Applegate trail, or anything else, there are countless points of entry to Southern Oregon history. If you go to our website or come in to the research library, we would be happy to help you explore!