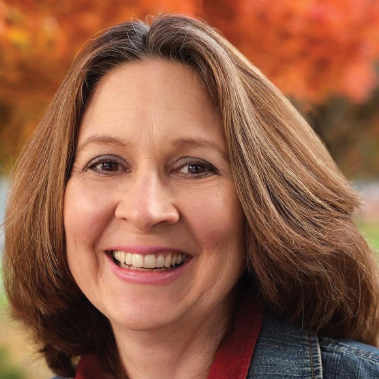 In movie-watching these days, the theater is often empty before the credits even start rolling, but it takes a lot more people than the few on screen to make films happen. We caught up with Southern Oregon Film and Media Executive Director Ginny Auer to learn about the facets of movie making and SOFaM’s vision for filmmaking in Southern Oregon.

RVM: About how many people does it take to actually make a film?

GA: It really depends on the film and the budget. Some of our local independent films shoot with around 15 crew members, but larger budget films may have much larger crews depending on technical needs, number of cast members, number of locations, and other things determined by the needs of an individual script.

RVM: What job do you think is the most overlooked yet essential in filmmaking?

GA: In terms of the public’s perception? Probably craft services and catering. I think it was Napoleon that said that an army marches on its stomach. Film crews are no different. The hours are long and can be quite grueling, but keeping people fed and providing those nice treats at strategic times throughout the day can keep morale high.

RVM: Why do you think Ashland has been voted as one of the best places for a filmmaker to live?

GA: Ashland is unusually dedicated to the arts. There’s a bustling culinary scene, no state sales tax, film festivals, independent theaters. The city has seen the impact film can have on our community and is investing in the economic development potential by supporting SOFaM’s continued success in marketing the region, the crews, talent and resources.

The 93 acres of forested canyon land and 785 acres of parkland make it impossible to turn on a camera and find a bad shot. Plus, Ashland’s sandwiched between San Francisco and Portland, so filmmakers never need be out of touch with big city life.

RVM: Can you tell us about your personal business, Live Huge productions, and how working with SOFAM has impacted that endeavor?

GA: My husband died in 2011. A few months later, I found a letter he wrote to me. He signed off “Live Huge, Troy” That letter kickstarted my journey of fulfilling my life list. One of my dreams has always been to work in film so I started Live Huge Productions. It is a growing enterprise just like the film industry in southern Oregon. I feel as if SOFaM and my experience running it gives me opportunities to learn and grow in the industry as I help others tell their stories through my production company and while supporting our local storytellers in southern Oregon. It really is a symbiotic relationship right now.

RVM: Your favorite movie ever?

GA: Star Wars was probably the first movie to engage all of my emotions and show me the power of film as a storytelling tool so I would have to say Star Wars.