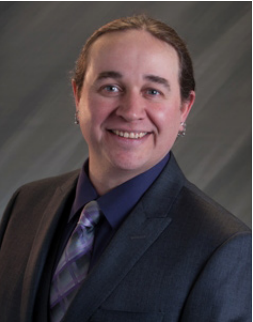 RVM: When did you first get involved in politics?

Clay Bearnson: I first got involved in politics in the spring of 2012. One of the council members was stepping down due to health issues, so I went for the appointment. After I didn’t get the appointment they told me it was a close contest and had I some prior governmental experience that it would have weighted their decision a little more.

RVM: Are you still on any commissions?

CB: Now I’m not on any commissions, but I’m the council liaison to three commissions. So I basically go to the Parking Commission, the Arts Commission, and the Housing and Community Development Commission and I’m just an observing body and a conduit of information from those commissions to the council.

RVM: What are your main goals in office right now?

CB: Well, when I ran, one of the things I wanted to focus on was the vibrancy of downtown, just because there are a lot of empty storefronts that have nothing in them. So that’s something that I would like to focus my energy on. But as each issue gets put behind us I’m starting to delve into new things. Like recently I got on the community housing and development commission. Affordable housing keeps coming up in this, because we’re in the middle of a housing crisis right now. We have a less than 2 percent rent availability rate. We have one affordable housing complex that was proposed up off of Spring Street, but a bunch of homeowners protested because they didn’t want their property values going down. So what the city did is they worked with the Department of Conservation and Development, struck a deal, and they gave them this piece of land that’s over here by the Mail Tribune. There hasn’t really been a push for affordable housing, so now I want to push to get higher density zoned properties that are within this Urban Growth Boundary Amendment Proposal. This only happens every 20 years, so we’re doing something now that’s going to affect the growth of this city for the next 15 to 20 years, but no one’s saying anything.  I would like to see one [affordable housing unit] in each ward to address the housing crisis that we are in the midst of.

RVM: How would you like to see money from legalized marijuana be used in Medford?

CB: I would like to take tax money retail sales of marijuana and use it to enrich and promote youth activities. What I’d like to do is have an ad hoc committee that meets up and processes grants for people, whether it be for the Maslow project or Hearts With a Mission or any of these other entities. But I would also like kids who can’t afford the fees and equipment costs of sports teams or band, for example, to be able to apply for a grant to be able to pay for their extracurriculars, which can be unaffordable to many lower income families. I think we lose a lot of talent because of socio-economic barriers, so I want to use that tax income and put it towards the youth.