In 2016, we continue our popular Public Profile series with a Q&A with Alfredo Flores, Editor for Revista Caminos, a publication that caters to Spanish speakers. 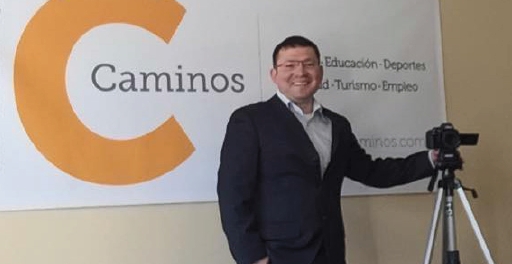 RVM: When was Caminos Founded?

AF: Caminos was founded in 2009. It took us about seven to eight months to actually publish our first edition, which was in June of 2010. When the business was founded, it was around December of 2009, so that’s when we planned the purpose of what we were going to deliver to the readership.

RVM: What’s the distribution area for the magazine?

AF: For print, we distribute to Jackson County. So the magazine can be found in all the cities in the Medford area. Our main distribution location is Medford, which is where we have the highest pick-up rate. We have over a hundred distribution points throughout Jackson County. Some of the best locations are grocery stores, such as Food for Less in Medford or Shop n Kart in Ashland. We try to put the magazine in high traffic locations that you would visit regularly.

RVM: As a Spanish language publication, how do you find your readership?

RVM: What are some of the advantages and disadvantages to publishing for a niche market such as the Spanish speaking community?

AF: I would say our advantage is that we’re unique. We’re kind of the first to express certain art. Our freelance photographer, Ezra Marcos is a good example, because he’s able to create artwork through photographs. We’ll be a little bit crazier when it comes to photography. So we’re pretty unique compared to everyone else.

RVM: Besides the print magazine, how does Caminos get involved and reach out to the community?

AF: We sponsor sports teams. We write about various teams around the valley. So high school sports, college sports, and even community sports. The sponsorship depends on what organization it is. Our last sponsorship was for the Phoenix high school cross country team. We try to kind of stick to certain sports that would be related to the magazine. We also put on the Day of the Dead Race, which is our signature event.

RVM: Do you think it’s important to serve as a cultural bridge for Latinos and non-Latinos?

AF: Our vision is just to express our culture, and also feature local people that are successful. Sometimes you don’t get to hear about, for example, that successful Latino real estate agent.  So when we feature them they’re a role model to the rest of the community. And we feel like that is our way to help bridge the cultures.

RVM: Are there any new projects in the works?

AF: One thing we will do is start a second website called Oregon Latino. Our strategy there is to connect communities throughout Oregon. There’s various Spanish speaking communities around Oregon, for example in Salem, Madras and Portland, so we want to be that hub connecting them together. Oregon Latino wants to express what’s going on in the various communities. So the content would come from publications like Caminos and its counterparts from other parts of Oregon, but it’s more about the community as a whole.