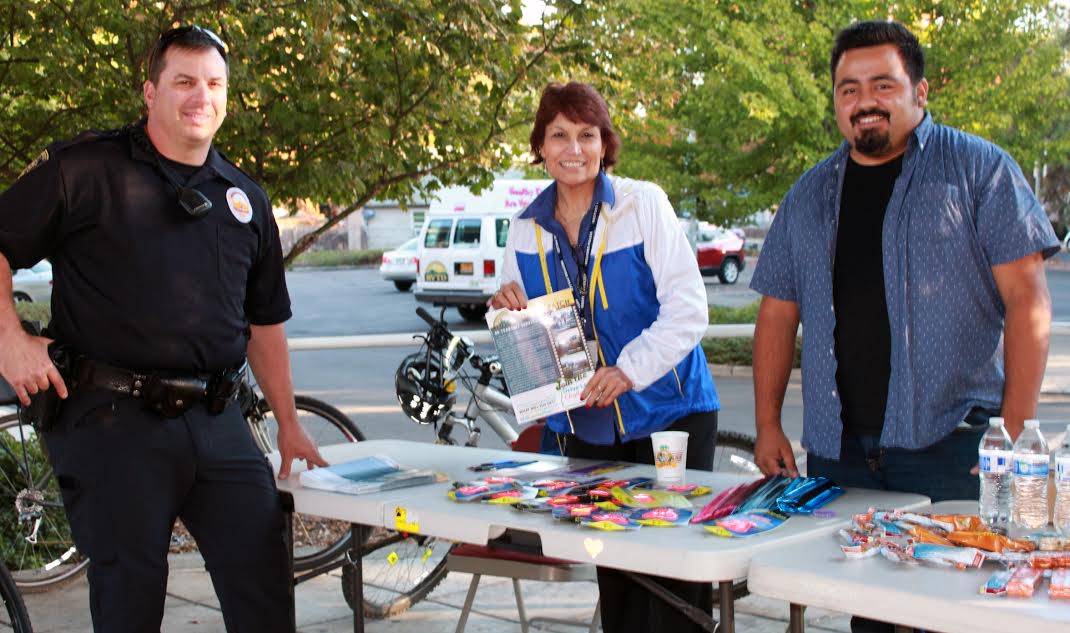 When Lilia Caballero first started as the Cultural Outreach Coordinator for the Medford Police Department, she struggled to answer Latino community members’ traffic ticket questions. Unable to read the citation in English, they often could not tell her which agency had even issued it: Jackson County Sheriff? Oregon State Police? Medford Police Department? Caballero learned to ask, “what color was the car?” She continues to explain with a smile, “if they answered, ‘blue and white,’ then I knew it was one ours.”

In her nearly 10 years at the MPD, not only has Caballero learned the ins-and-outs of police operations, but the Latino Community has come to trust her experience and expertise in equal measure. In fact, as one of the few native Spanish speakers in any governmental agency, she receives calls from all over the Rogue Valley, from Central Point to Talent. The Valley’s roughly 30,000 Latino residents (2015 US Census Bureau estimates) rely on Caballero as a primary liaison with government agencies and service organizations of every kind.

“I will walk people over to the Municipal Court,” says Caballero. “I will walk people over to Jackson County Health and Human Services. I want to make sure that people who come to my window actually get seen, get talked to, and get answers to their questions.” Caballero’s active network extends from the Police Department to La Clinica, to the Center for Non-Profit Legal Service, to the State Bureau of Labor and Industries, and beyond.

Caballero has built that trust over her 25 years in the Rogue Valley. A native of Sonora, Mexico, she joined her brother in Medford as an adult. Coming from the desert climate of northwest Mexico, she found it “so green here. It made a big impression on me. The Rogue Valley is a beautiful place.” She earned her degree in Respiratory Therapy from RCC and worked in healthcare for over eight years. She is continuing her studies toward her bachelor’s degree and also serves on the Medford School Board.

When Caballero’s predecessor in the Cultural Outreach position left the Department, Caballero knew how critical it was for the Latino community to continue to have direct contact with the law enforcement community. “People trusted me,” she explains. “I had connected with people through home care. I had helped them to breathe.” The MPD relies on Caballero, too.

When a murder occurred in the Latino community back in 2013, Medford investigators had few leads and immediately contacted Caballero for help. Unfortunately, she was out of town and could not return to Medford until several days after the crime. With each hour that passed, the chances of finding the assailant dimmed.

As soon as Caballero made it back, she attended the MPD’s daily 8:00 AM briefing to provide any help she could. She listened to the progress of the search and asked, had the Department contacted Le Gran D, 610 AM, Medford’s Spanish radio station? Caballero immediately arranged for Le Gran D to broadcast a request for help in Spanish and for a live, call-in show at 10 o’clock. Caballero was actually on the way to the studio when a tip came in to the station, and the suspect was arrested shortly thereafter. Not only was Caballero gratified that the Latino community had given critical help to the Medford police, but she was even more impressed when the individual who had provided the tip refused to accept any reward.

From organizing outreach events, to introducing Latino residents to MPD’s bilingual police officers, to visiting Medford schools or ESL classes at RCC, Caballero strives to open doors, to bridge differences, and “to lower barriers to services,” as she puts it. She is a counselor, a translator, a friend, an event organizer, a public relations expert, and a thorough professional. “I love my job,” Caballero concludes. “I like helping people. What better way to help than to get people important information straight from the source.”