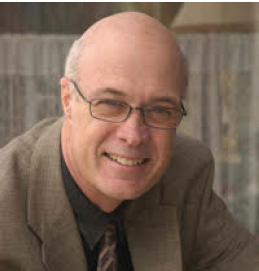 In an ongoing series we at the Rogue Valley Messenger meet with public figures around the region. This issue, we sat down with Alan Bates to discuss Southern Oregon’s political landscape, the presidential race, and living in Ashland. Bates is a democratic Oregon State Senator representing the Southern Oregon 3rd district, he has served as state senator since 2005.

RVM: What are some of your proudest achievements while working in state government?

AB: Probably the biggest is the Oregon health plan and getting low-income Oregonians into coordinated care organizations where they can get top-notch care. We have about 1 million people in CCOs now and that really changes lives. That’s the one thing that I am especially proud of. I didn’t do it myself obviously; we had a half dozen of us working for the last 20 years. I started on this journey in 1989 and have been pushing the legislature since 2001.

RVM: What are some of the biggest issues facing your district today?

AB: Even with the economy recovering our biggest issue in the district and Southern Oregon is the economy. We are making what I consider to be a fragile recovery. We always lag behind the rest of the state when recovery is concerned and always seem to go first into a recession or depression. We have to do everything we can to bring jobs, especially living wage jobs, into Southern Oregon but because of our geographical isolation it’s always going to be a challenge for us. We are not in Portland where they have major airports to get people in and out quickly. Right now things are going better but we have to encourage companies to come in and bring more jobs.

RVM: What’s your opinion on the Presidential race right now? Do you have any favorite candidates?

AB: On the Republican side I think they have a viable candidate in the governor of Ohio John Kasich, although I’m not sure he’s going to get the nomination. I saw him a few years ago and he’s a moderate thoughtful man. That’s the one Republican that I would say is my favorite. As for the Democrats man I don’t know, I like Bernie’s politics and I like Hilary’s ability to win elections. I’m up in the air on those two.

RVM: Ashland was recently named one of the top five places to live as a filmmaker. What are your thoughts on this?

AB: It’s really cool. You know I think Ashland is one of the top five places to live in the country plain. The Rogue Valley is an area that has not been discovered by the rest of the country. If people knew how great the climate is, how easy it is to move around, how great the schools are, how low the crime rate is, we would be inundated with people trying to move there. It’s just a matter of time before we get discovered, so I suppose we need to enjoy our peace and quiet while we can.