Urgent care is a category of walk-in clinic focused on the delivery of ambulatory care in a dedicated medical facility outside of a traditional emergency room. Urgent centers typically treat injuries and illnesses that require immediate care, but not life-threatening or serious enough to require an emergency room visit. 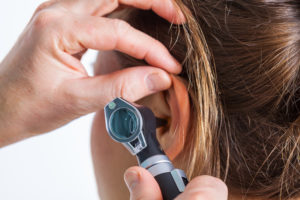 The Urgent Care Association of America’s 2016 Benchmarking Report showed that the most common illnesses diagnosed at urgent care facilities in 2015 were: acute upper respiratory infection, acute sinusitis, acute pharyngitis, cough, and acute bronchitis. However, hearing loss is a serious complaint at healthcare centers across the country, as well — especially in elderly Americans. In fact, there are more than 200,000 cases of hearing loss each year across the United States. It may seem a small number compared to the 60 million people who suffer from acne, but it’s a serious matter nonetheless.

Before you even head into a medical center, however, it’s important to know what exactly causes hearing loss. Here are some of the most common issues that affect hearing:

Noise can wear down hearing if it’s constant or too loud. According to the U.S. Centers for Disease Control and Prevention (CDC), roughly 22 million Americans workers are exposed to dangerous noise levels at work. Permanent hearing loss can be caused by exposure to sounds louder than 85 decibels.

Serious illnesses and cancers have all kinds of debilitating health effects, and hearing is a common issue. Glioblastomas, for instance, which account for 15% of all primary brain tumors, frequently can lead to severe hearing loss. Additionally, according to Moffitt Cancer Center, certain chemotherapy medications can cause tinnitus (ringing in the ears) or hearing loss; and radiation therapy can impact hearing if high-energy beams were directed toward the brainstem or the ear.

Certain medications can impair hearing, as well. Sadly, more than 200 drugs and chemicals have a lead to hearing side effects in addition to their disease-fighting abilities. Some medications to beware of are antibiotics, Aspirin, Loop diuretics, a drug used to treat malaria, and several drugs for erectile dysfunction.

Advanced age is not only unpreventable, but it’s the most common cause of hearing loss. Of people between the ages of 65 and 74, 33% of them have some level of hearing loss. After age 75, that number goes up to about 50%.

Whenever a skull fracture or pictured eardrum occurs, hearing loss is much more likely to happen. Similarly, infections, when ignored, can lead to permanent ear problems, too. Even earwax buildup can block ear canals and cause further hearing loss down the line.

No matter your age or profession, you should never neglect your hearing. If you’re experiencing hearing loss of any kind, head to a trusted urgent care facility right away.