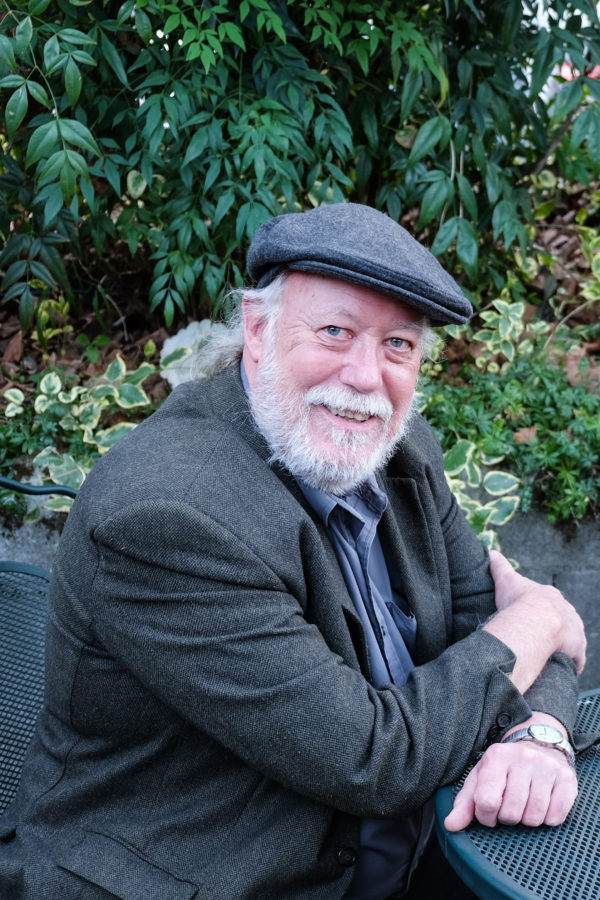 Stated plainly: Halliburton creates videos of people at the end of their lives to share with their loved ones in his spare time. He studied filmmaking in school, but only dabbled with it infrequently until the early 90s when he began documenting the lives of Asante Hospice patients.

Halliburton works as a registered behavioral health nurse at the Rogue Regional Medical Center, and used to volunteer regularly at hospice.

“I’ve been taking care of people since the 1970s and I can remember people born in the 1870s who have told me stories about all kinds of things,” Halliburton said. “When they died, those stories were gone.”

He said he decided to ask the staff at the hospice if they knew of any patients who would want their story recorded. He called it, “The Life History Project.”

The first interested patient grew up in the 1920s in the deep south and witnessed the Ku Klux Klan from the view point of a young, white child. Meaning she recognized all the terrifying, cloaked KKK members by their shoes, as she was much closer to their feet than their heads, Halliburton said.

“The stories that this lady told me were absolutely amazing and I became addicted,” Halliburton said.

Halliburton said he’s made videos asking what the process of dying is like, physically and mentally, how it feels to be told you’re going to die. And that those videos have been used in teaching for end of life educational programs.

He said he usually runs through the person’s life timeline from start to finish in the videos.

He doesn’t market his service, although it’s free. Sally Melton, hospice volunteer coordinator, connects Halliburton with patients recommended by nurses and social workers after they’ve found a candidate. He prefers to make the video in the person’s house or wherever they are most comfortable, usually with their family around.

Except for one man, who was dying from alcoholism. He requested the video to be made in the bar he’d spent his life drinking at. So, at 10 am, Halliburton shot the video of the man drinking vodka with all his bar buddies and dancing with the waitress.

“It was one of the most poignant things I’ve ever filmed and that’s why I do it,” Halliburton said. “If I could make up these stories, I would be a filmmaker, but I can’t, so I let other people tell me their stories.”

Melton said a part of hospice is learning about the patients and their stories. She also said that they see a lot of young people with young children, and the videos are instrumental in the children’s lives.

“It is such a gift for the patient to get to tell their story,” Melton said. “Some of the best stories come out of these experiences.”

Originally from Nashville, Tennessee, Halliburton moved to Oregon as a young boy.

He said as a young man, he lived on the streets for a while, and is proud that he can relate to a lot of the patients he deals with in his field on that level.

“I am the only person in my department that has ever lived that life and knows exactly what they lived through and can talk to them about it,” Halliburton said.

Aside from his filming, his main focus is on his music. Nowadays he works with Anniville Blues, another local blues pianist. They play shows sporadically throughout the Rogue Valley.