Preparing For A Change: HVAC Systems Will Phase Out Refrigerant By 2020

HVAC systems play a major role in the lives of Americans. From the bitter cold of the Northeast to the sweltering heat of the southwest, people have relied upon their HVAC units to keep them warm in the winter and cool in the summer. These machines run year-round to ensure our homes will always be comfortable. There’s a reason why air conditioners are responsible for roughly 5% of all energy usage in the United States.

However, one of the main refrigerants used in HVAC systems — HCFC-22, also known as R-22 — has recently been declared hazardous to the environment, and will be phased out of use by 2020. Before we address how that change will affect AC-users in the country, let’s provide a bit of background. 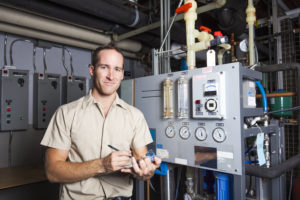 The Dangers Of HCFCs

In the 1980s, scientists discovered a “hole” in the ozone layer, a portion of Earth’s atmosphere that sits between nine and 18 miles above sea level. The ozone layer plays a vital role in protecting life on the planet; by absorbing harmful ultraviolet radiation before it reaches the surface, the likelihood of developing skin cancer, cataracts, and other UV radiation-related illnesses drop — they’ve even discovered that it can cause growth problems in plants and have negative effects on marine ecosystems.

The presence of this hole meant that UV radiation could penetrate our atmosphere, exposing everything on the planet to these risks. Once scientists discovered that manmade substances were responsible for the hole, the United Nations passed a historic treaty called the Montreal Protocol in 1987 to gradually ban their production and use.

Hydrochlorofluorocarbons, which were used in everything from refrigerant to shaving cream, posed the biggest threat. Though R-22 is a less-harmful polluter than its predecessors, it still contains these dangerous chemicals. As a result — and as part of the 1987 Treaty — the EPA has pushed for their phased out by January 2020.

Refrigerant has uses beyond heating and cooling homes and commercial buildings. The transportation sector relies on thousands of refrigerated trailers as well. In fact, the global refrigerated trailer market was valued at more than $5 billion in 2015. However, most of the industries that rely on refrigeration have anticipated this move.

It sounds like a massive change, but in reality, most companies saw it coming. Blake Ballard, president and general manager of Las Vegas-based Sahara Air Conditioning, had begun switching his customers over to alternative refrigerants such as R-410A and R-407C as far back as a decade ago. Even homeowners have little to fear.

“You don’t have to do anything as a homeowner,” Ballard said. “I’ve seen people in my business out there scaring people, saying, ‘Next year you have to replace your system.’ That’s absolutely false.”

This claim is backed by the EPA, who suggests four alternative refrigerants, two of which (the ones Ballard has been using) can be retrofitted for older HVAC systems. At the same time, most HVAC units last an average of 12 years; if yours is facing the end of its lifespan, the switch to new refrigerants will be automatic. This phaseout is not something Americans need to be concerned about, but it is something they should be aware of.

Preparing For A Change: HVAC Systems Will Phase Out Refrigerant By 2020