Post-Patrimony: The Newly Solo AKA Faceless to Play Tricks on Medford 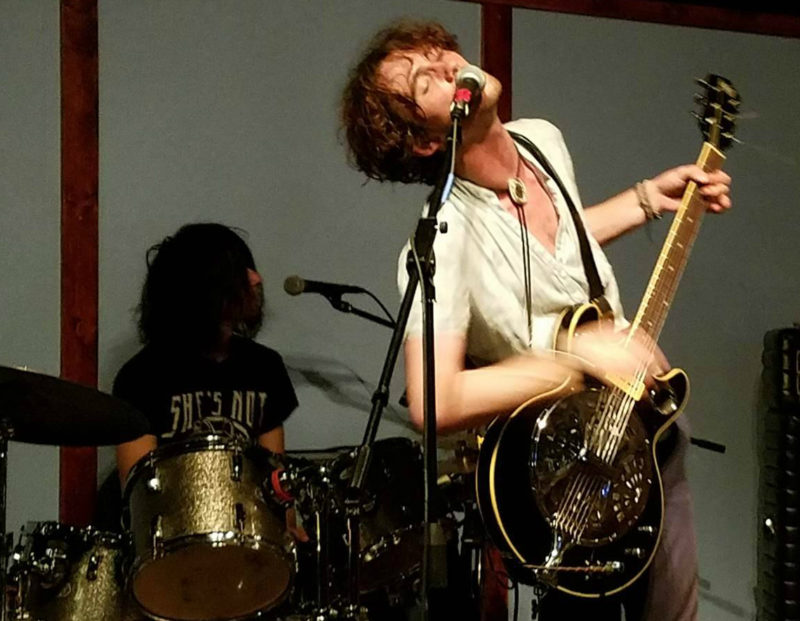 What kind of metamorphosis occurs when the weight of popular music bears down too heavily on itself? What happens when glacial-sized inadequacies cause whole musical movements to come to a grinding halt? The answer is an opposite reaction. Someone has to push against that rock, and it ain’t always Sisyphus. Sometimes you get Trevor Martell, or AKA Faceless, another restless experimenter trying on a new pair of musical shoes, who will be performing for the first time at Howiee’s on Front in Medford on Sat., January 7.

“Everything has a clock on it,” says Martell. “The beginning of the end is another beginning.”

He is specifically referring to his decision to leave the bluesy psych-rock trio Patrimony that had been active since their high school days in 2010 until recently. Martell was also referring to his hunch that audiences might not be so keen with rock star posturing these days.

“We’ve been this blues/rock band but I’ve always been wanting to push away from those places and dive into other realms,” he says. “From folk to hip/hop…blues for me personally is more of a feeling than a genre of music. I really strongly believe that Kendrick Lamar has the blues. I look at rap as the new blues. It’s not necessarily a style of music.”

To tease his new direction, Martell released a teaser track from AKA Faceless in December, a delicate acoustic track called Ode/Timbre, available on Bandcamp. The song stays with a third person narrative, holding in it the promise of egolessness. The full EP drops in January.

“Each song is about building its own character,” he says. “It’s telling a story from other people’s perspectives. I am no longer writing about myself…Faceless is a public figure. I am your father, mother, brother and sister. I am you and you are me. The songs are reflections of yourself.”

“The whole thing about Faceless is that it’s palatable to whatever the image is. I put a lion mask on and that is going to put off the effect that I am powerful, that sort of energy. But I put on

a mime mask and I’m causing mirages and playing tricks on you.”

The chimerical guises of AKA Faceless and his musical partner Jason Allenby, or Fathom, Manifest, will be on full display at Howiee’s on Front on January 7. Be sure to be the song you want to hear on the first weekend of the year.

AKA Faceless with Juniper Berries and Slow Corpse

Post-Patrimony: The Newly Solo AKA Faceless to Play Tricks on Medford