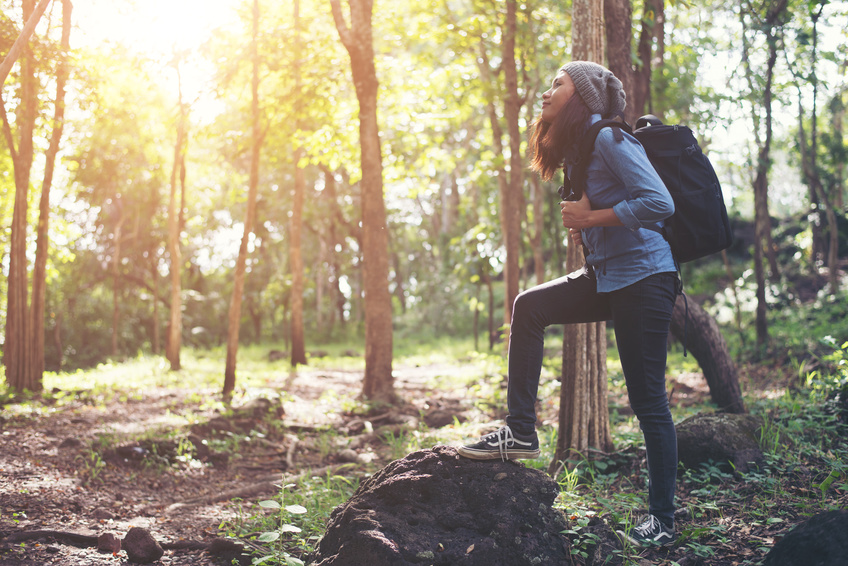 Pokemon Go and Niantic have announced a new addition to the popular gaming app. By teaming up with Apple Health and Google Fit, the new feature, called Adventure Sync, will reward players for moving around whether they have the game open or not.

This is a game changer for people who don’t constantly use their phone and play their game on the go. Reaching distance milestones gives the player candies and points needed to hatch eggs, as well as find a larger variety of Pokemon to catch. Before, you were only able to receive rewards by walking when the app was open.

To combat this Niantic also sold an external accessory, known as the Pokemon Go Plus, which worked as a type of step counter during periods of offline activity.

This new feature takes it a step further. Not only will your phone be able to count your steps when you’re not in the app, but the feature also enables the app to sync with a variety of Apple and Android devices, including the Apple Watch.

As soon as you start up the game again, the information will sync to the app and credit the player with the steps.

“Adventure Sync can record your walking distances even when Pokémon GO isn’t launched, working in the background to tally your distance, earn Candy, and hatch Eggs!” wrote Niantic in their full announcement.

This is a natural progression for the already health-conscious game.

While Pokemon Go has lost players after its initial launch in 2016, there are still an estimated five million people playing it on a daily basis across the globe.

But does Pokemon Go actually help people in their daily lives?

In short, the answer is yes. Any physical movement is better than no physical movement and it’s been proven through an online survey by the website QZ, that players of the game are more motivated to get up and get moving.

And even older people have played Pokemon Go, though it’s more popular among the younger generations.

An estimated four in every five elderly people must take one or more daily medications, whether it be for body aches and pains, chronic illnesses, or mental health concerns.

It’s been proven by a number of studies, including surveys conducted by the CDC, that exercise can help improve mental health. In fact, in a survey of 1.2 million adults, those who exercised reported fewer poor mental health days than people who didn’t exercise.

However, researchers at Freiburg University in Germany beg to differ.

According to their new study of 45 people who ranged from moderately to severely depressed, soaking in a bath might be more beneficial than exercising.

The study halved the group; the first half engaged in a twice-weekly bath of 40 degrees Celsius for thirty minutes. They then sat for an additional twenty minutes cradling a hot water bottle beneath a blanket.

The second group engaged in twice-weekly aerobic exercises for 45 minutes each. This ranged from moderate to high intensity.

It was found that those who partook in the bath experiment reported lower levels of depression than the exercise group. So, is a hot bath the key to helping our mental health?

It isn’t certain. Unfortunately, the study has not yet been peer-reviewed. On top of that, over half of the participants in the exercise group decided to discontinue the exercise for a variety of reasons.

Of course, mental health is more than just going for daily walks and practicing self-care. There are a variety of social, biological, and cognitive factors that play into one’s mental wellbeing.

Besides, it’s estimated that a simple kitchen remodel can help lead to healthy lifestyle changes. Around one-third of Americans who remodeled their kitchen changed to a healthier lifestyle, according to Houzz.

It’s a variety of external and internal factors that offer the motivation to make healthier changes. Whether that be through Pokemon Go or twice-weekly baths, it’s often the cultivation of multiple healthy habits that lead to an improvement in one’s mental health.

But while taking a bath may not be measurably beneficial to your health, there’s no harm in indulging. Over half of American consumers report using hair products each and every day, some of which are common while you take a bath.

Pokemon Go might not solve the nation’s battle with depression, but it’s certainly encouraging people to get off the couch in new ways.

A release date for Adventure Sync has not yet been revealed but Niantic has announced the new feature is coming soon.