Pinned! Best of the West Wrestling Tournament Brings Talent from All Over 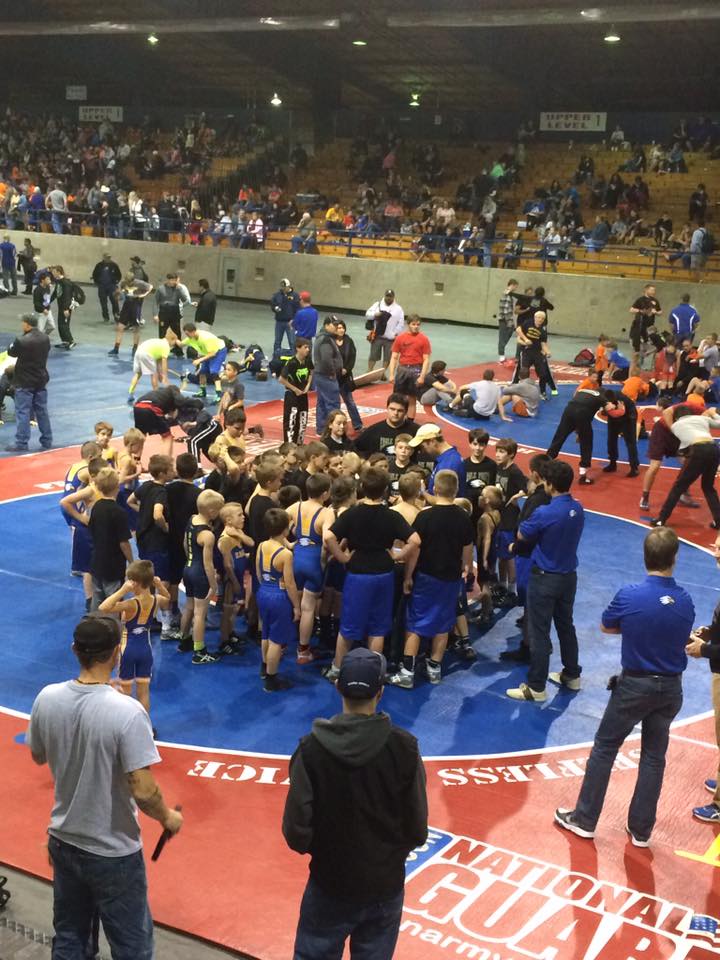 No, not pinned as in Pinterest, or pinned at the homecoming dance. Pinned as in straining for what seems like your life with someone who is your same weight. The only advantage is strength and skill. Eagle Point Youth wrestling coach Tony Stanfield fills us in on the massive Best of the West Wrestling Tournament taking place on November 18, and the future of wrestling in the Valley.

RVM: Can you tell me a bit about the history of the Best of the West Tournament, and your involvement?

TS: I have been with Eagle Point Youth Wrestling for over 20 years, seven or eight years as President and right now Treasurer. I am also the club coach for our four-six year old wrestlers.

The first Best of the West Wrestling Tournament started in 2003. It started out with 3 divisions.  It had a College division, hosted by SOU and their head Coach Mike Ritchey, a High School Division Hosted by Crater, and a Kids Division, four to 15 years. Our Slogan at the time was “Crawlers to Brawlers.” After a few years, the Expo facility was just not big enough for three Divisions and the College Division was dropped. At that time, Eagle Point Youth Wrestling took over the running of the high school and kids division and have been doing it since.

RVM: How many youth participate usually, and how far away do they travel from?

TS: Last year we had 520 kid wrestlers, around 200 High School wrestlers, and 60 girl wrestlers.  Roughly 750 total. We have wrestlers at our tournament from California, Oregon, Idaho, and Washington, maybe a few other states.

RVM: I notice there is a girls’ division. Has that always been a feature of this tournament, and how is the turnout for that?

TS: The first all-girls division was held last year and attracted 60 participants. Girls wrestling has taken off and we expect this part of the tournament to grow. Jared Banry coaches an all-girls club locally and has helped get this going.

RVM: Can you briefly explain about the different age groups and how the tournament works?

TS: The kids portion of our tournament goes by age and weight. We have a Pee Wee Division 5 years and under, Bantams, six-seven years, Intermediate, eight-nine,  Novice, 10 to 11, and a Schoolboy Division 12 to 13. In each division, wrestlers are grouped according to weight. A perfect example would be if there are 16 Novice wrestlers at 75 pounds, there would be four pools with four wrestlers in each pool.  Wrestlers would wrestle everybody in their pool and would medal one through four. The four winners of these pools would wrestle in another pool for the championship. The award for the champion this year is a custom singlet. Kids that win these wear them proudly. 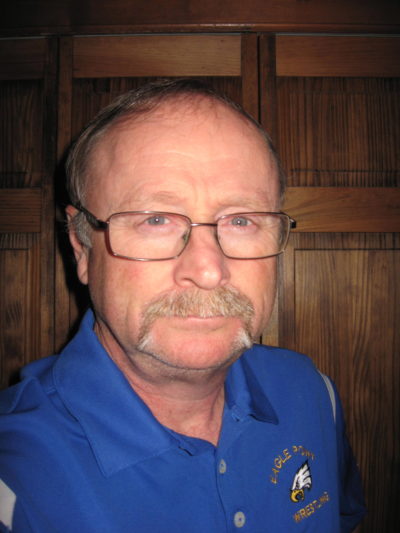 RVM: What is unique about this event compared to other wrestling events?

TS: This event is unique in that we have high school and kids combined and also unique because of how big it is. Our format for the kid division is also unique with the winners of the pools wrestling for a true champion. Most tournaments are just the pools.

RVM: With your extensive experience with kids’ wrestling in the Rogue Valley, what has changed over the past 20 years and how do you think it will evolve in the next 20?

TS: The wrestling participation rate at our high schools are quite a bit lower than when I wrestled. (1979) Seems lower every year. I think there are quite a few potential wrestlers who are not wrestling because they have had a bad experience at the youth level. I think parents are putting too much pressure on their kids to win rather than learn and have fun.

Over the next 20 years, I believe girl participation may bring new life to the sport. Colleges are starting girls programs. SOU has a girls program and I think Pacific University also has one. I think a few years down the road there will be high school girl wrestling teams. There is a girls division at State although not sure if it is OSAA affiliated. As mentioned earlier, wrestling is tough sport and because of that, the success so much sweeter. But as tough as it is, it makes it easier to quit.

Best of the West Wrestling Tournament

Tournament: Starts at 10 am, Saturday, November 18.

Pinned! Best of the West Wrestling Tournament Brings Talent from All Over