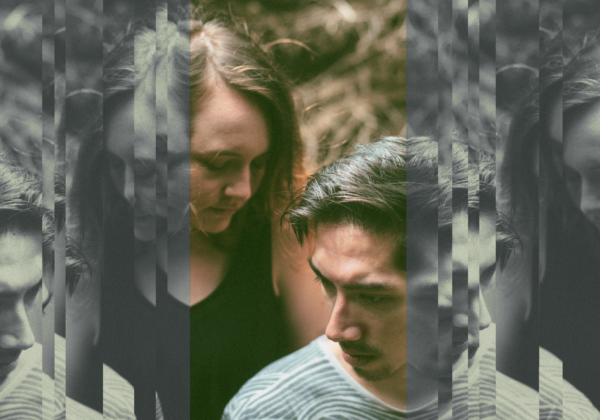 In a widely-viewed video on YouTube discussing the Maggie Rogers song, “Alaska,” A-list producer Pharell Williams said he believes the Reese’s Peanut Butter Cup to be the pinnacle of innovation, as it managed to take two things that were independently great (chocolate and peanut butter) and combine into a chimera independently greater than the sum of its parts. That’s sort of what it’s like listening to Small Million, who will be performing at Brickroom on Sat., September 16. The Portland duo mashes up the electronic production chops of Ryan Linder with the vocals and songwriting of Americana artist Malachi Graham for a heavenly sound akin to a dreamwave remix of Patsy Cline or Neko Case.

The band took the time to answer a few questions to preview the show for The Messenger.

RVM: What drew you to your electronic sound? Were there influences you were trying to emulate, or is it a product of the sum of your various parts?

RL: If I were to break it down, I guess I am drawn to the open ended amount of sonic possibilities… There are so many different sounds and techniques to explore.

RVM: What are you looking for or trying to do when you write a song?

MG: Ryan’s creating these huge cinematic sonic spaces for me to play around in lyrically and melodically, so when I approach a track I’m trying to build on top of that and deliver something emotional and deep— hopefully with a catchy hook, too! The collaborative process always takes us somewhere we weren’t expecting.

RVM: Though it has  full sound, there’s a lot of tonal subtlety and space in the songs on your EP, Before the Fall. Is it a challenge to write less? Was that a deliberate choice?

RL: There was a deliberate attempt to take advantage of space, but perhaps the tonal subtlety is an area I’m currently trying to tackle in the mixing process.

RVM: How much of your live set is live, and how much is sequenced? Why?

RL: It varies from track to track. Layers of the track are triggered by both of us, Malachi sings and plays some synth on stage, and I do a little live instrumentation… We try to mix it up to keep it interesting for us to play live and for the audience not to get bored.

RVM: Do you prefer analog or digital synths? Why?

RL: For the last EP, I relied solely on digital synths simply because they were inexpensive and the most accessible. It didn’t cross my mind until I sprung for the Korg Minilogue for the purposes of playing live. After some experimentation on my Korg and the analog gear my buddies’ owned, I quickly realized how much richer and fuller analog synths sounded….It’s a slippery slope for my already empty pockets but they make a difference.

RVM: Will this be your first time performing in Southern Oregon? Any thoughts or expectations?

MG: This is our first time performing in Southern Oregon, and we’re really excited! I love Ashland— as a high school theater kid our trips to OSF were always the most fun time of the year, so I’ve spent a lot of time exploring Ashland but never from the musical side. Ryan’s from California so he’s driven through Southern Oregon quite a bit, but we’d love to make it a regular stop if people dig the music.

RVM: What’s on the radar for ya’ll?

MG: We’re really excited about this collaboration we just released [on Soundcloud] with our tour mate Doubleplusgood— it’s a collaborative cover of a Jeff Buckley/Elizabeth Fraser song that was only ever released as a demo. We’re also hard at work on our next EP and will be releasing singles this fall. We have a lot of material that you’ll hear at the live show that’s not recorded yet, and we can’t wait to get it out there.