Oxyoke Station: Old-Time Shop With a New Mom and Pop 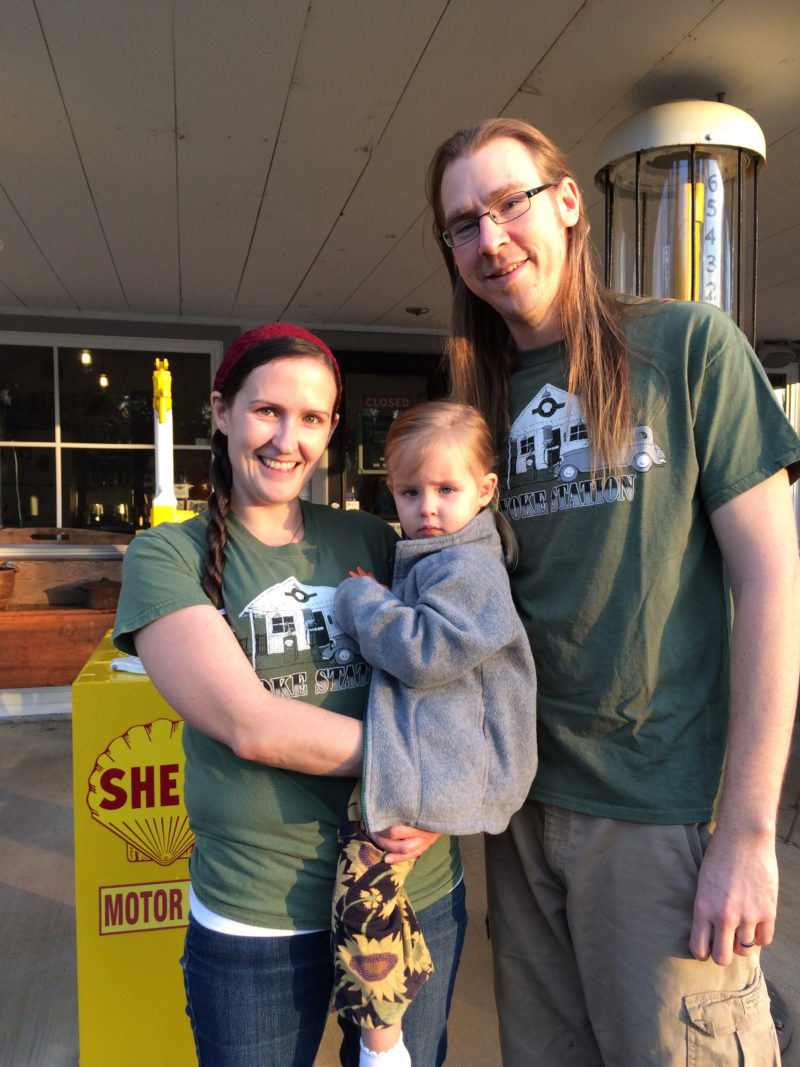 Mom and Pop look a lot different than they did in 1924.

Erin and Nicholas Harlacher, 31 and 34, are the new owners of Oxyoke Station, a historic cafe in Hugo originally open from 1924 to 1934.

After decades as a run-down residence, the cafe re-opened in 2013 after a restoration by history lovers and area locals Konny Boyd and Sheila Dormier.

“We thought it would be nice to save this home and bring it back, because it has a lot of history,” says Boyd of the restoration, which they based on old pictures shared by neighbors.

Boyd and Dormier sold the cafe to the Harlachers in June 2016. “We wanted people that loved it for what it gives to the community, to continue that sense of family,” says Boyd. “That’s why Nic and Erin have worked out so well. They’re sweet people with good hearts.”

Good hearts and good food, customers agree. “We came, we fell in love, and we have been back every weekend,” say Grace and Alex Crew, a local couple who show off their hefty servings of biscuits smothered in gravy.

Nick Morical, another regular whom the Harlachers fondly call Mr. Nick, walks a mile to the cafe every day that it’s open, currently Friday through Sunday, 9 am – 2 pm.

The Harlachers, who both grew up in Illinois, say Hugo has been warm and welcoming. “We’ve had a lot of helping hands,” says Erin. “We had to put in a curtain drain and the neighbors were like, ‘Should we bring our shovels?”

Like Boyd and Dormier, the Harlachers most love the ability to bring people together. “Out in the country, you don’t always feel like you know your neighbor, but here people can come in and meet each other,” says Erin.

The Harlachers live in the 1160-square-foot home business, originally a single room built in 1910 by the Kolkow family, partially from road signs.

It has undergone several additions, but retains much of the original woodwork, including the floor beams (made of full trees), lap siding, floors and ceilings. The Kolkows didn’t have a level, Boyd learned, so they used a mason jar filled with water. 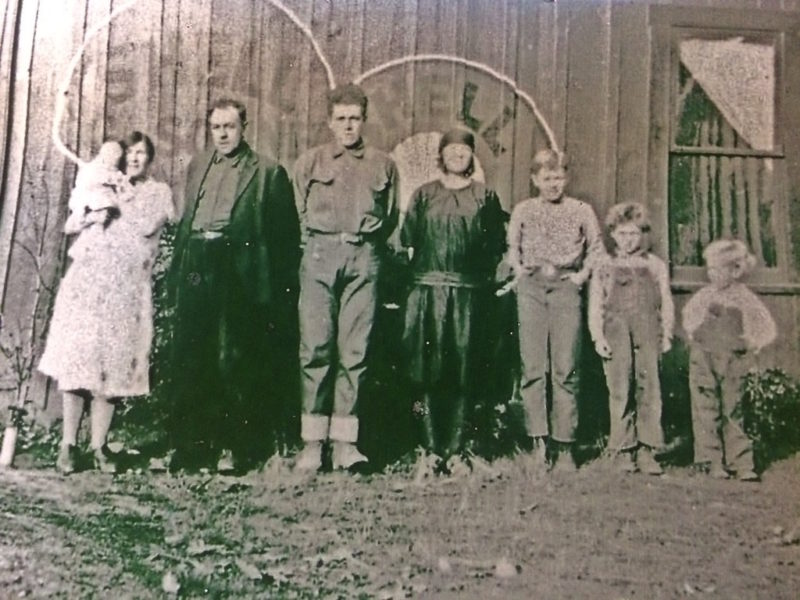 In 1924, the home became one of several “auto camps” along Oxyoke, then the main highway to Mt. Sexton. Oxyoke Station was a place to spend the night, recharge and refuel in the new era of car culture.

Ralph Kolkow, the one surviving family member, now in his 90s, came back to see the home after the restoration was complete in 2013. “He cried,” says Boyd. “He was born in the house, and over the years he had seen it neglected, so it meant a lot to him.”

The Harlachers have been approved to grow their own fruits and vegetables for the cafe, and they’ll also be raising goats and yaks. To learn about their specials or the community events they hold on Wednesdays and holidays, call 541-507-1840 or like “Oxyoke Station” on Facebook.

Though born of a younger generation, the Harlachers reflect classic values that never really get old, like community, service and family. “We’re trying to bring the Mom and Pop back,” says Nic.

A look around the cafe, at customers of all ages, sitting around chatting about how they might help one another, it looks like they’ve done it.

Oxyoke Station: Old-Time Shop With a New Mom and Pop