Home»Culture»OSF and The Mystery of Theater: Shakespeare in Love Jumps From Screen to Stage
Culture

OSF and The Mystery of Theater: Shakespeare in Love Jumps From Screen to Stage 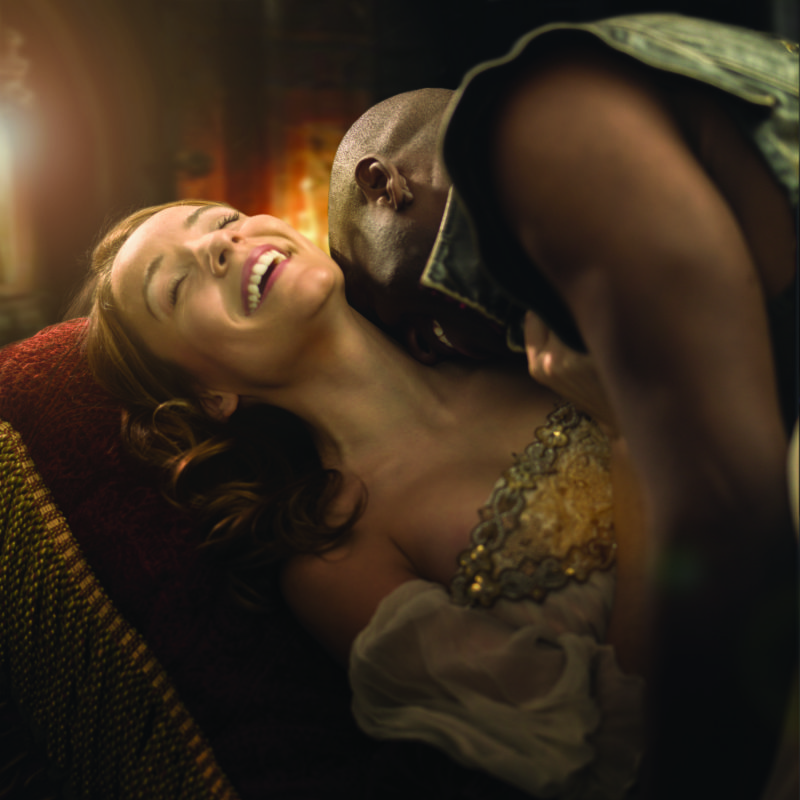 Is it possible to capture that intricacy, to transform the conventions of film so well executed in the original Shakespeare in Love—rapid cuts from location to location; passages of time; multiple points-of-view; emotions revealed through extreme close-ups—into a live theatrical performance? Add to those tricky issues the fact that Ashland’s Oregon Shakespeare Festival, staging the theatrical version’s US Premiere, depends on pious veneration of the Bard, and Shakespeare in Love mocks that very sanctity. How can we revere Shakespeare the writer when he is broke, uninspired, unhappily married, and stuck with a play titled, “Romeo and Ethel, the Pirate’s Daughter?”

The technical production quality, as one might expect from OSF, is outstanding. Director Christopher Liam Moore deploys a simple, open cube at center stage to serve as the Rose Theater, a tavern, and Viola’s bed chamber. The company itself rotates the platform, arranges its curtains, and carries spare yet evocative furnishings in and out as scenes require. A simple balcony wrapped around the back of the stage with a massive digital screen behind conveys different locales and shifts in time concisely and effectively. Audiences familiar with the film will be quite satisfied; those unfamiliar will be enthralled.

Other aspects of the production enhance the cast’s witty and occasionally poetic exchanges of dialogue. Perfectly timed lighting and choreography isolate characters like cinematic close-ups. As one might expect from a theater with a very deep Elizabethan wardrobe, the film version has perhaps been upstaged in the costuming department. Best of all, the live music of wandering musicians Mark Eliot Jacobs and Michal Palzewicz enlivens the faltering efforts of the Rose Theater company to stage Shakespeare’s rapidly evolving new play. The sublime, haunting vocals of Austin Comfort consecrate Will and Viola’s love and also forebode that their simultaneously sacred, in the spiritual realm, and profane, under the social code of Elizabethan England, time together, just as Romeo and Juliet’s time in Verona, will end, and not well.

OSF and The Mystery of Theater: Shakespeare in Love Jumps From Screen to Stage