Home»Sound»Originalists: Iron Kingdom Wants to Get Back to the Metal Founder’s Intentions
Sound

Originalists: Iron Kingdom Wants to Get Back to the Metal Founder’s Intentions 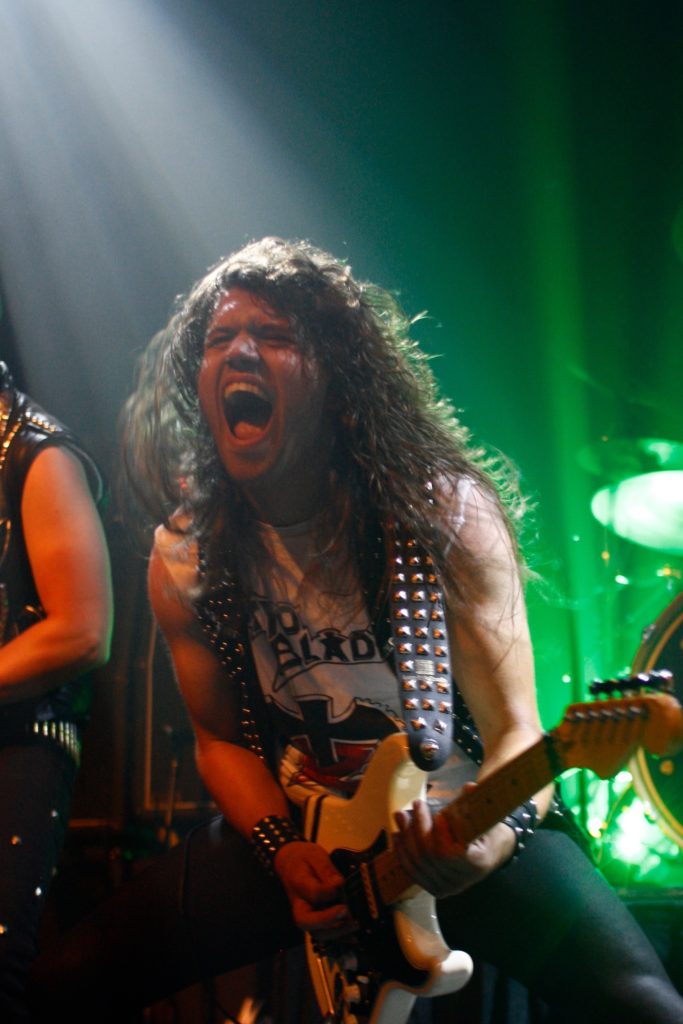 Talking about metal can play out a lot like the part of Forrest Gump where they discuss the many ways to prepare shrimp; there’s black metal, power metal, doom metal, hair metal, and so on. But for Surrey, British Columbia band, Iron Kingdom, who will play at The Bamboo Room at King Wah’s in Medford on Tuesday, Oct. 11, it’s the classic ‘70s style of the genre’s roots that reigns supreme.

“You know, Judas Priest, Iron Maiden, those guys are getting old,” says Chris Osterman, guitarist and vocalist for the group. “Who do they pass the torch to?”

Even a cursory listen to the band’s 2015 album, Ride For Glory, could put Iron Kingdom in the running for torchbearer status. Its title track is a perfect pairing of galloped guitar riffs and falsetto vocal wails that is equal parts Iron Maiden and Skull Fist, and its song titles read like chapters in a book on mythology: “The Samurai,” “Leif Erikson,” and “The Veiled Knight,” to name a few.

“We speak of some dark subjects from time to time, but we also have fun with it and write about having a good time,” says Osterman. “Over the top… Hmm.. Yes it can be that, but let’s be honest, isn’t that part of the appeal? I know for me, I want it louder than hell, go big or go home.”

“You can find anything you want in metal because there are so many sub-genre’s of different styles and directions to what metal can be,” he says. “Heck, Striper is a Christian metal band, they talk about doing good deeds and being a good person.”

One thing consistent across most sub-genres is technicality, and while Iron Kingdom isn’t short on it, Osterman says the band takes care to ensure that it doesn’t also impact another key value: rocking the fudge out on stage.

“We make sure the technicality and the stage presence work together to deliver a show,” he says. “We want to create visuals to go along with the music so you are completely enthralled by what we are doing. I’m sure from time to time a difficult part will have us all stand in a line and focus, but then it moves on and we connect with the audience once more.”

And the band plans to connect.

“How many times do you see a Canadian heavy metal act tearing up Medford, Oregon with ripping guitar solos, an energetic stage show, and studs and leather…chance to experience heavy metal the way it was in its classic era, the time that metal did rule the earth?” Osterman says. And on a Tuesday at that.

But whether you headbang to Iron Kingdom, or somewhere else that night, Osterman has one simple request to the fair denizens of the shire of Medford.

“Whatever you do just promise you won’t waste the night staying at home,” he says.

Originalists: Iron Kingdom Wants to Get Back to the Metal Founder’s Intentions