OPB’s wine documentary shows where our wine came from

Full disclosure: I drank a hard cider while watching this documentary, not wine. Blasphemous, I know, but I learned my lesson, as I was craving the good stuff by the end. 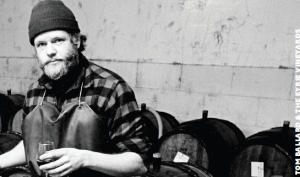 The “Oregon Wine: Grapes of Place” was first shown on Oregon Public Broadcasting in 2012, and it is still available on their website, opb.org. As I guiltily sipped my cider, I learned that some of the first wine grapes grown in Oregon were in the Rogue Valley in the 1850s, when settlers first arrived. One of these was Peter Britt, who the Britt Festival is named for. Another Oregon wine pioneer was Ernest Reuter, a German immigrant who planted wine grapes in Washington County in the 1880s, but when Prohibition hit in the 1900s, many of these crops were destroyed. After a very literal dry spell, wine cultivation returned to Oregon in the 1960s, in the form of Pinot Noir, a type of grape vine that supposedly couldn’t grow well anywhere in the United States.

By 1970, only 100 acres of grapes fueled a measly five wineries in the state of Oregon. They were a small community, but determined and feisty. When they discovered a local nursery was set to sell diseased vines, they rallied together and pulled the Department of Agriculture in to stop contamination before it started. Ron Vuylsteke, founder of Oak Knoll Winery, called the early group of them a “fraternity,” as they all didn’t have much but they stuck together and shared what they had—they improvised and used milk cartons for protecting plants in the fields and old stainless canisters that formerly held Coke to hold their product.

(Now this is getting interesting. My cider sits and is going flat.)

The early 70s ushered in zoning challenges and purity standards. The wine growers worked with the state legislature to impose a tax on themselves to fund research. Their stringent practices paid off. Oregon had earned France’s respect because of strict labeling laws that didn’t allow Oregon wineries to use French names on their wine, unlike California, which threw the names “Chablis” and “Burgundy” on their wines, which wasn’t true. France then shared some of their grape vines with Oregon wine growers, giving them even better material to work with.

“Pinot Noir was the unknown American wine,” said Stephen Cary, Director of the Steamboat Pinot Noir Conference. Basically because, Pinot Noir could only grow in Oregon’s unique climate. The Steamboat Conference that started in the early 1980s still continues to this day for Pinot Noir growers to learn from each other.

Even though they were making a great product, no one in the United States had ever really heard of Pinot Noir (let alone Oregon) and people were reluctant to taste it. By the mid-1980s, no one was interested in buying Oregon wine, until a blind wine tasting happened in New York, and the East Coast was surprised to find that they couldn’t tell the difference between Oregon’s wine and France’s wine. After that, people couldn’t get enough of Oregon’s Pinot Noir.

The Willamette Valley was first dubbed an American Viticultural Area (AVA) in 1984, while the Rogue Valley wasn’t considered an AVA until 1991, hence, we were even later bloomers than the Willamette Valley. (An AVA is a designated wine grape-growing region in the United States, denoted by geographic features and boundaries set by the Alcohol and Tobacco Tax and Trade Bureau of the United States Department of the Treasury.)

Now, Oregon is fourth in the nation for wine production, and she remains one of the leading producers of Pinot Noir in the world.

Dang. I can’t even finish this cider now. Pinot Noir it is!