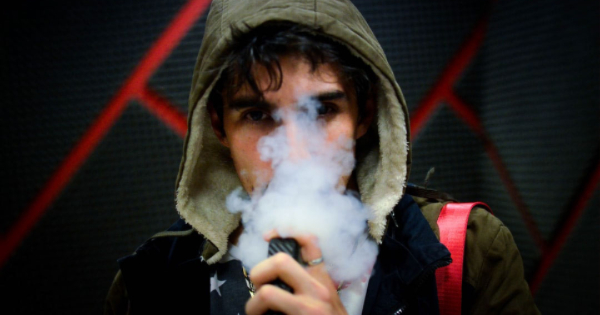 When e-cigarettes and vaping first hit the market, it was a shock to the cigarette industry. Not only could smokers get their nicotine fix, but they could do so without the noxious smell, the toxic fumes, and the exorbitant cost of buying cigarettes. For those who haven’t managed to kick the habit, it seemed like a dream come true.

But Oregon doctors beg to differ.

In fact, the Oregon Health Authority had already been investigating the potentially deleterious effects of vaping before the recent outbreak of respiratory illnesses spreading throughout the United States. In 16 states so far, officials have reported a growing number of teenagers and young adults who are suspected to have fallen ill as a result of e-cigarette use. Symptoms include shortness of breath, chest pains, and coughing, according to officials.

As such, Oregon Health Authority officials and local health departments have released a statement regarding illnesses associated with vaping.

“These serious new illnesses are another reason to encourage people to avoid vaping or to quit if they’re ready,” notes Tom Jeanne, the deputy health officer at Oregon’s Public Health Division.

These concerns have only grown after the first confirmed death by vaping. An Illinois patient was hospitalized following a severe lung illness, according to The Washington Post. The article goes on to say that there are at least 193 confirmed cases of vaping-related respiratory illnesses and this number is expected to climb.

Unfortunately, little information has been released regarding the type of e-cigarettes used by the sick individuals. Reports have also failed to determine what types of materials they had been inhaling that caused the respiratory issues in the first place. In the event that a specific retailer is identified as the culprit behind the illnesses, legal action is sure to follow.

According to members of the American Vaping Association, the source of the problem might be the illegal products sold on the streets that enable THC to be added.

But Oregon was steps ahead of the recent rash of victims. In fact, the OHA even developed a report regarding the health risks associated with vaping months beforehand. The aforementioned risks include the possibility of nicotine addiction, rising blood pressure levels, and the exposure to potentially dangerous chemicals that might cause cancer. After delivering this information to the state Legislature, Oregon officials are expected to vote on an e-cigarette tax next year. This wouldn’t be the first time that state officials have regulated or banned a common product because of a health risk; just like cigarettes are subject to a tax and lead paint was banned in 1978, we can expect stricter laws pertaining to e-cigarettes in the near future.

However, some pro-vaping sites compare the risk of nicotine to the risk of drinking a cup of coffee. But while up to 30% of people admit to drinking coffee occasionally, up to 3.6 million students in middle school and high school have admitted to vaping in the last month. While nicotine itself might not be detrimental to your health, it seems that the chemicals associated with vaping and smoking are the true culprits behind health emergencies.

While there are no confirmed cases in Oregon, authorities recommend seeking medical attention if you suffer from the symptoms associated with vaping at this time. The OHA also recommends that stopping your vaping habits is the best way to stay safe from this current health crisis.