Home»Sound»One-Upmanship: Chicago’s Yeesh Found it’s Sound by Trying to Out-Do One Another
Sound

One-Upmanship: Chicago’s Yeesh Found it’s Sound by Trying to Out-Do One Another 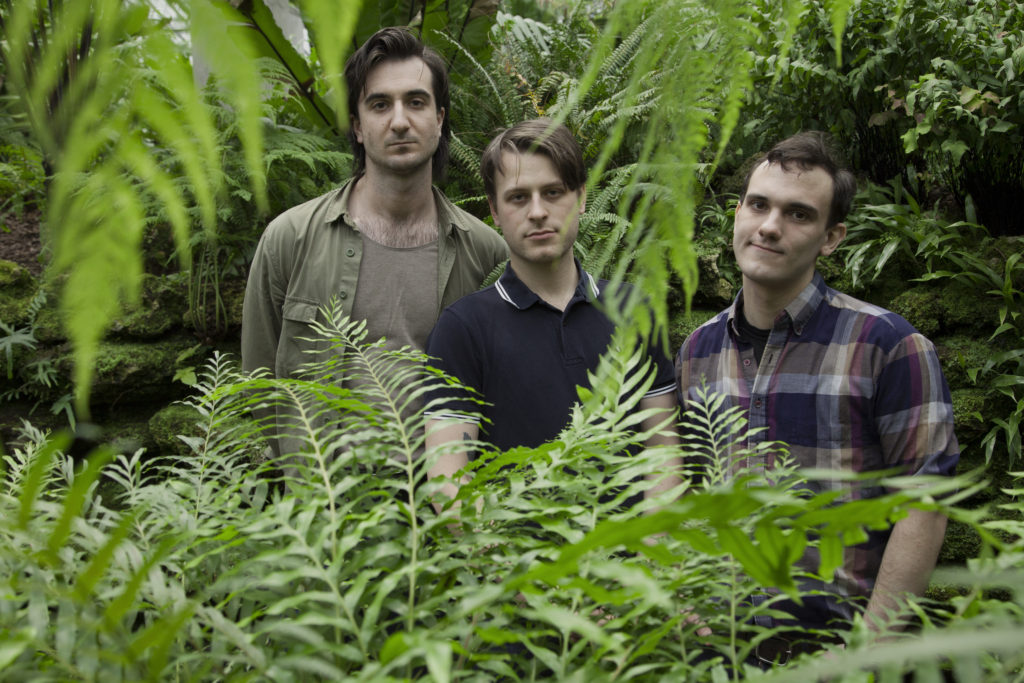 Frankly, the story of Yeesh is pretty generic. Three boys met at a small town college, made some racket, and then eventually decided to move to the big city (Chicago) to make a go of it. What isn’t as generic is the band’s sound. Though the songs have clear melodies and evident songcraft, they are cloaked in technical rhythms, odd delay patterns and furious walls of sound. If you’re looking to knock down a wall with sound, Yeesh just might be the band for the job.

The band’s bassist Greg Obis took the time to answer a few questions for The Messenger before its performance at Johnny B’s in Medford on Halloween.

Rogue Valley Messenger: Why did you pursue the post-hardcore sound? Was it by design, or something that arose naturally from the combined musicianship?

Obis: When we were in college we were more or less just interested in making sad punk songs and playing at parties. When we moved to Chicago, I think we grew up a little bit and started taking more risks with our songwriting. Then in the last year, Alex and I just kept on trying to one-up each other on who could have the louder amplifier, which opened a lot of doors for us as far as brutality and sheer force goes. That definitely shaped the songwriting, and we’ve just been going with it since.

RVM: Your sound has a lot of technicality and complexity for a three-piece. Do you find influence in math rock?

Obis: We definitely all listened to a lot of math rock in college and dipped our toes into that genre. We don’t consider it an influence now and have not for a long time, but it must have rubbed off on us because people seem to bring it up a lot. I think every song on the record is in four-four!

RVM: Conversely: there is also a lot of melody and clean guitar work mixed in with that heaviness. The clean-delayed guitar riff for Limbo District is an interesting juxtaposition of heavy and clean. Is that sort of pairing something you work to create deliberately?

Obis: Yeah, despite the fact that we’ve gotten more abrasive over the years, we’re always striving to be more dynamic, which often includes some textural changes in the bass and guitar.

RVM: How does the technicality effect your live performance?

Obis: It makes it harder! Some of those songs are tuff.

RVM: What are you going for when you write a song?

Obis: I don’t know if we’re particularly going for anything. We write very collaboratively with more or less equal input from all three of us. I think when we start writing a song, we are all exploring ideas together and individually pushing it in different directions. I’m really not a superstitious person and not to sound all lofty, but it often feels more like we’re discovering the song more than writing it. I think that we decide what we’re trying to achieve as the trajectory of the song makes itself known to us.

RVM: Will this be your first time playing in Southern Oregon? Any thoughts or expectations?

Obis: This will be our first time! No big thoughts or expectations I guess. Playing on Halloween should be fun, we still haven’t quite figured out our costumes yet!

One-Upmanship: Chicago’s Yeesh Found it’s Sound by Trying to Out-Do One Another