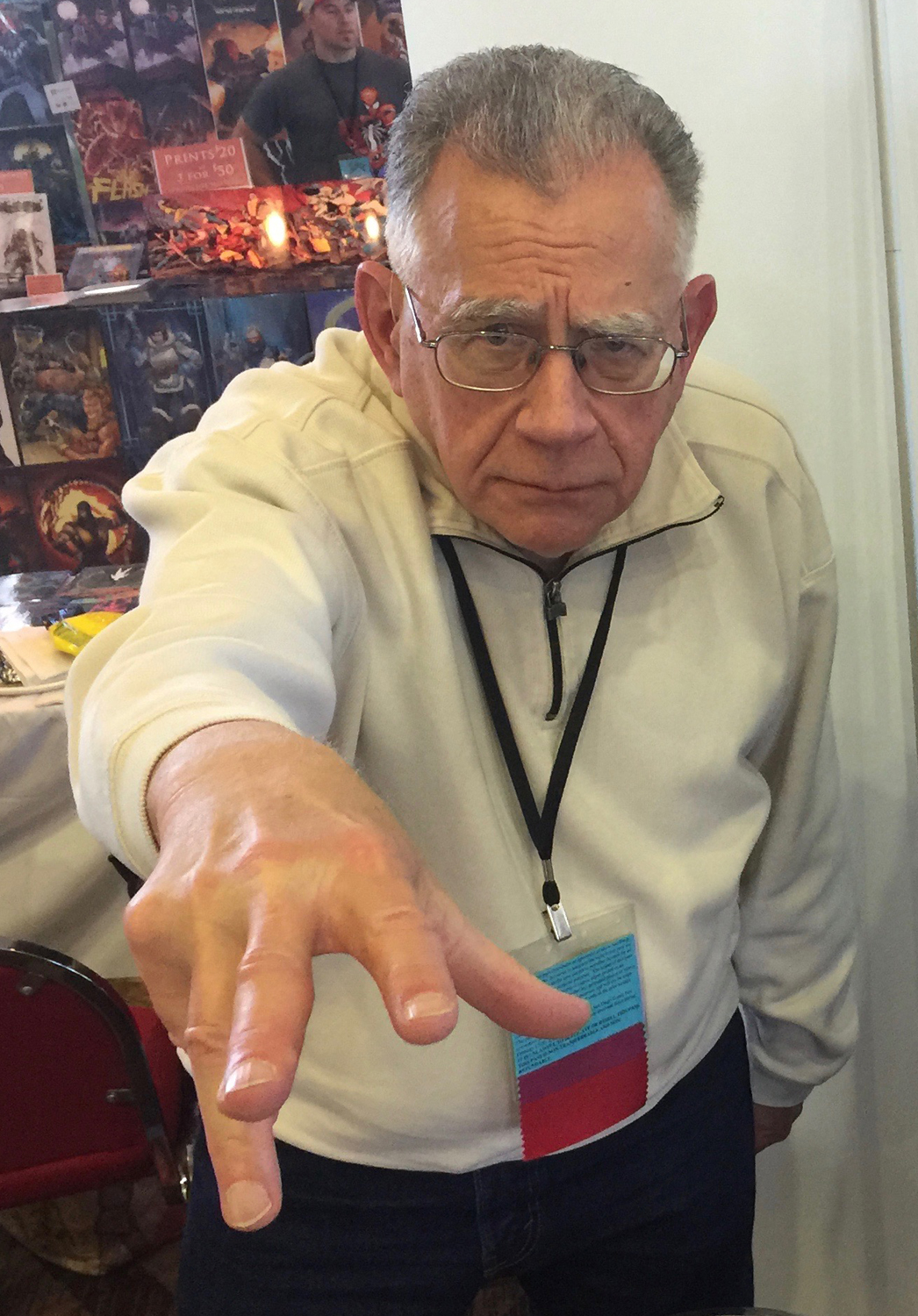 Even if you don’t recognize his name, you have seen Mike Royer’s art work.

Born in Oregon, Mike Royer left for LA in his early 20s and started a career as a comic book illustrator, for some of the most recognizable characters and strips in history, like, oh say, Tarzan, the leopard skin clad, muscle bound vine-swinging gentleman. That alone is enough of a claim to fame. But it is only one of the many credits in Royer’s long career, which includes working on comic books for both for DC and Marvel Comics and helping Disney with books, characters and theme parks. For the past decade, Royer has semi-retired in Medford, and the Messenger was thrilled to catch up with the prolific artist.

Rogue Valley Messenger: You have worked with Marvel, DC, Disney and Hanna-Barbera.  That is incredible. Is there one job, however, that you wished you had been able to do?

Mike Royer: When I was younger I wanted to draw the FLASH GORDON syndicated comic strip.

RVM: With animation and with computer-aided drawing, graphic art has changed a lot over the decades.  What has been lost? What has been gained?

MR: In my humble opinion I think that CGI now allows filmmakers to put anything on the screen and in most cases make it truly believable, but what I find lacking these days are people and stories than I can care about. I’m afraid that most movie goers are unable to sit still for more than a minute or two without explosions, fights and chaos happening. I like movies with well written stories and interesting characters to identify with, not two-dimensional cardboard characters whose only purpose is to bridge the gaps between spectacular action/violence set pieces. It seems basic cable is the place to find movies that involve one in the events affecting ordinary (sometimes) people. Hey, I enjoyed Kong: Skull Island, but a friend was bored by the “draggy” places, as he called them…the few places that dwelt with character motivation, etc. Gawrsh…I actually began to care about Kong himself and a couple of the leads who wound up being devoured by monsters. But, I have no interest anymore in seeing super heroes destroy large amounts of real estate and not give a second thought to the consequences. This is not to say that I’m anti-“comic book” “violence.” It’s more exciting than the reality in which just one or two punches landed would end the fight. I guess I’m saying “action” is preferred to violence, by me. Graphic art has changed in many ways because of the computer, but basically, the computer does not create. Computer graphics are only as good as the artist using it as a tool to save huge amounts of time and money as opposed to the “old school way.”

RVM: You grew up in the heyday of comic books. What there a particular favorite as a kid? Do you remember the first time you were really captured by the art work?

MR: I believe I had an eclectic taste in comic books. As a kid in the 1950s I was a big fan of the work of Jack Kirby, even if I didn’t always know his name, I knew it was “him.” The same goes for all my peers who loved the Duck work of Carl Barks. We didn’t know his name for many years but we all recognized and preferred by a large margin his work. We referred to him as THE duck artist. His Donald Duck and Uncle Scrooge works are masterpieces of comic art and storytelling. Discovering old 1930s and 1940s Sunday comic sections at the bottom of a trunk in my Grandmothers attic in the early 1950s revealed to me the great work done by Alex Raymond (Flash Gordon) and Burne Hogarth and Harold Foster (Tarzan) and a variety of great Golden Age newspaper cartoonists. I wanted to do that kind of work! So, I loved both the classic comic strips and most contemporary comic books. As a kid I embraced the Captain Marvel comic books and cared very little for Superman or Batman. Had many favorites as a kid that included Babe Darlin’ of the Hills, Super Duck, Bugs Bunny, etc. Like I said: “eclectic.” Of course, as a youngster enamored of classic comic strips I loved all the comic books that reprinted classic comic strips, especially Alley Oop. All these things just made me want to draw comics!

RVM: Do you remember your first drawing?

RVM: You have been incredibly prolific, and so many millions have seen your art work. Is it strange, though, knowing that, in some ways, your art work is anonymous?

MR: If I’m well known to older comic book fans, it’s for the years I assisted Russ Manning on

Magnus, Robot Fighter and Tarzan comic books and then the syndicated Tarzan and Star Wars newspaper strips, but mostly because of my working with/for (lettering and inking) Jack Kirby, rightly referred to as “The King Of The Comics.” Despite what Stan Lee claims, Kirby is responsible for the success of super heroes at Marvel. I did layout work for television shows based on comic book superheroes (Spiderman) and drew and wrote record album covers (Cruisin’) and drew and inked for Gold Key comics and was a product designer and character artist for Disney 21 1/2 years. I probably made many thousands of people happy those Disney years but they had no idea it was my work. That’s the real anonymous part of my career. You may find it of interest that in the 1980s I drew the Donald pushing through the “O” for U of O that used to be seen everywhere.

RVM: How do you stay busy now?

MR: Well, technically I’m retired, but I still accept commissions from comic fans now and then. The most creative fun I have is designing labels for my collection of old movies on DVD. My favorite motion picture period is the 1930s and the chapter-play/serials of the 30s and 40s…and, of course, those would be the serials based on comic strip and comic book characters. I have a lot of books and movies to read or watch again and three fabulous dogs to pamper and a wife I like to deny nothing, so I have a good life. The carbon unit is 75 but between my ears I’m only 30!