Home»Food»New Years Resolutions: Food – Eating my way through the Valley in 2017
Food

New Years Resolutions: Food – Eating my way through the Valley in 2017

This summer I returned to the Rogue Valley. I left in 2007 to attend college at Oregon State University, continued on to University of Oregon for graduate studies and then piled my car with everything I owned and drove to Birmingham, Alabama to work at Cooking Light Magazine. From there, I moved north to Pennsylvania, and then to Vermont. The further I moved from Oregon, the more I missed it. So, when the opportunity struck, I packed my belongings back into my car and drove West until I landed on my mother’s doorstep.

In some ways I know the food scene here. I know where to get good pasta, and where to get an $8 lunch. I know that there are many (including me) who still mourn the loss of Della’s, the place where my grandma used to take me to get strawberry pancakes and hot chocolate. In other ways, I have a lot of catching up to do. So many new places have popped up: The Haul, Onyx at the Nunan Estate, a lot of coffee shops in Medford that look like they were copy and pasted from Portland.

I’ve done my best to eat my way through these places as much as possible, savoring everything from the small plates at The Twisted Cork in Grants Pass, to the ethnic food of Peruvian Point’s food truck. However, I still have much eating to do. Below is a list of several places that I plan to eat at in 2017, because, like always, my new year’s resolution is to eat a lot of food. 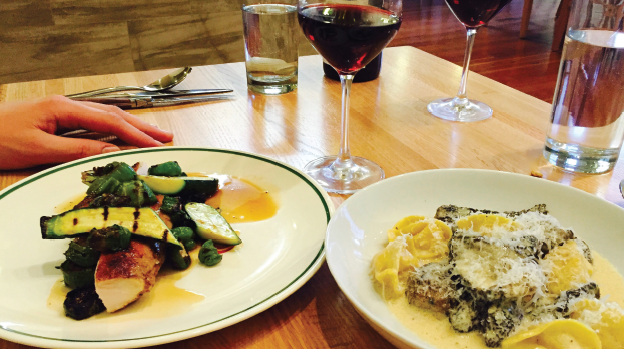 You know how some people spend hours pinning things on Pinterest, but then never actually do them? That’s not me. I’ve driven hundreds of miles to track down things I’ve seen on the image-based website, including fall foliage, cold springs, and of course, food. I intend for my next Pinterest-to-real-life experience to be a visit to Scarpetta in Ashland. Blame it on the picture I found of their blackberry Napoleon on Pinterest. Golden layers of pastry filled with rows of blackberries and fluffs of pastry cream.

That in itself would be enough to get me to the establishment. However, the eatery also earned a glowing review from one of our writers early this past summer, before I arrived. “Like biting into a butter-filled time bomb, the tortellini is stuffed with rich duck yolk, and topped with a creamy confection of melt-in-your-mouth morel mushrooms and Parmesano Reggiano,” she wrote. 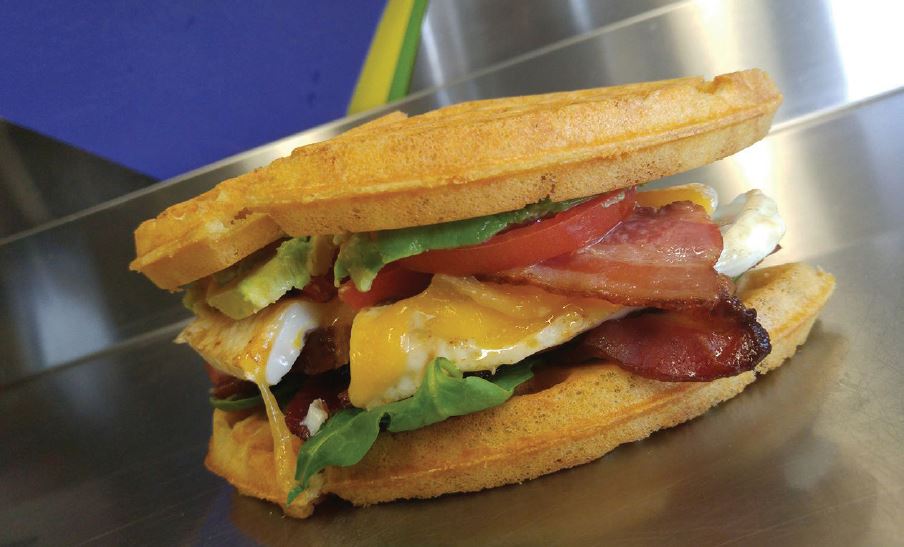 At some point this fall, I realized we had a waffle sandwich food truck. A look at their online menu revealed pictures of chicken and waffle sandwiches (yes please), fruit and whipped cream waffle sandwiches (count me in), a s’mores version, and many others. Then, there was the early November special: fried chicken, mashed potatoes and gravy, tucked inside a waffle. If that isn’t the Holy Grail of waffles, I don’t know what is. I haven’t had a chance to try Ooblies yet, but that doesn’t mean it hasn’t been on my mind for the last six months.

For many years, Tim Keller was the Executive Chef at Harry and David. Then, in 2016 he joined Dancin Vineyards to head their kitchen. I learned about Keller when I wrote about Rise Up’s bakery in Applegate. The owners insisted that Keller’s food is a must-try, particularly his multi-course meals. Thus, I’m most looking forward to the wine dinners he’ll be cooking up this spring and summer. Wine dinners usually offer a once-in-a-lifetime experience, where the chef’s current inspirations meld with the availability of seasonal ingredients and form this kind of symphony, with each dish building on the last, arriving at just the right time, purposefully paired with a wine. Few things offer such insight into a chef’s creativity and skill.

Got a place you think I should add to my list or cover this year? Shoot me a message at haskinm@gmail.com. I’m always down to talk food.

New Years Resolutions: Food – Eating my way through the Valley in 2017