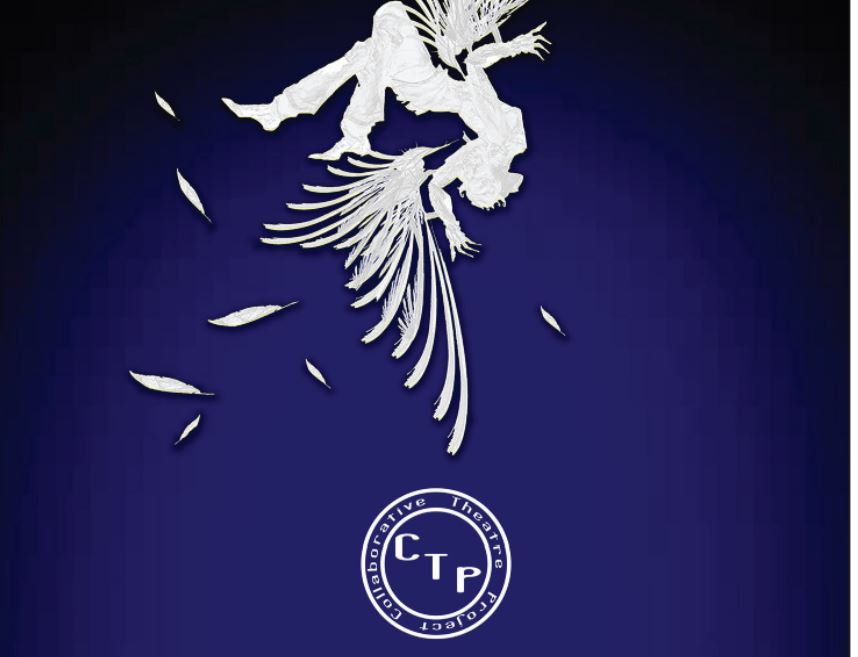 In the spirit of new takes on old classics, like Percy Jackson and the Lightning Thief or O Brother, Where Art Thou?, playwright C. Scott Wilkerson’s Seven Dreams of Falling focuses on Greek mythology’s Icarus, and his struggles with others and himself. The production will premiere at Collaborate Theatre Project Thursday, September 14 and will run through Sunday, October 1.

“It is, first and foremost, a comedy, although it is not the typical kind of comedy you find on stage,” says Director and Producer Obed Medina. “I would almost say that it is an absurdist play. The play takes advantage of projections, creative lighting design, and musical soundscapes to create the world of these characters and takes the audience on a journey.”

Medina has been producing and directing primarily new plays since 2002. Since helping a theatre friend out in college in Los Angeles, he quickly found himself vastly interested in the art. He says, “I never thought about directing until I answered an ad for a new theatre company in search of a playwright. Although they had already chosen their writer by the time I answered the ad, they were still in need of a director and they asked me if I wanted to do that. I said yes and I fell in love with the process of directing a play that had never been staged before.”

He’s always been interested in Greek plays, so Seven Dreams of Falling wasn’t foreign territory to him. “This is the first play I have directed that is grounded in mythology, but it is not the first time I’ve directed a piece that takes familiar characters and presents them in a new light,” he says. “I’m in awe of writers who can take these classic plays and adapt them for a contemporary audience. C. Scott Wilkerson’s adaptation of this play really intrigued me because he kept the characters grounded in their own past. They are the ones who adapt to our society while doomed to repeat the same action over and over for a millennia. Additionally, it also asks us if we’re destined to repeat the same mistakes until we get it right.”

Mythology isn’t new to Wilkerson, either. “This is a familiar space for me, and I’ve written a series of plays that use mythology as a point of departure. But in the end, this is simply another way to explore, and try vainly to understand, our incomprehensible lives,” he explains.

Playwriting isn’t the only writing medium he’s familiar with, but has also written poetry and is finishing a novel. “This is a familiar space for me, and I’ve written a series of plays that use mythology as a point of departure. But in the end, this is simply another way to explore, and try vainly to understand, our incomprehensible lives.”

“Most of my published work touches on mythic themes but always, I hope, in the language of the human heart,” he says. “When this play premiered in Los Angeles, The Huffington Post said something along the lines that I wield serious subjects to ‘great comic effect.’ I like that, and I believe the Collaborative Theatre Project’s tag line for Seven Dreams of Falling is ‘an intellectual comedy of mythic proportions.’ ”

“I hope the audience comes in with a sense of adventure,” says Medina. “As an advocate for equitable representation on the stage, the play also deals with LGBTQ issues as a subplot. I hope the audience is able to come to this play and glean some sort of hope for everyone. That we’re not doomed to repeat our mistakes.”

Wilkerson hopes the audience not only has fun, but also “goes home with the idea that if Icarus can risk everything for joy and freedom, then so can they.”