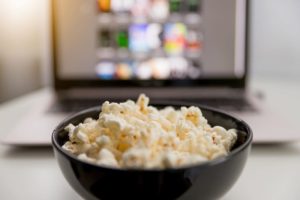 All of these movies are worthy of breaking out a big bowl of popcorn for, especially if you are big fan of gaming

Movie producers and directors are always on the lookout for the next big trend or talking point, which they leap on the back of and ride all the way to the Oscars’ red carpet.

However, there are also some other go-to subjects which always go down well with movie fanatics, whether it is romantic comedies, action heroes or sports themes. Another topic that is regularly plumbed for new content is the world of classic games, many of which have now ventured online to beguile new generations of dedicated players.

Here we take a look at just some of the iconic movies that have put classic offline and online games center stage and have wowed audiences ever since their respective releases in Canada and right across the globe.

When people think of movies that involve the classic game of Blackjack, they tend to go for the most obvious of them all, which is the 2008 movie called 21 directed by Robert Luketic.

However, way back in the late 80s there was another movie that blew all others related to the classic table game out of the proverbial water. That movie was Rain Man, and it starred the dream duo of Dustin Hoffman and Tom Cruise. To this day it is still arguably one of Cruise’s most iconic and heartfelt performances. Part of the plot revolves around Cruise’s character trying to get his brother to make the most of the unique skills he has to beat the house at Blackjack. This was one of the very first cinematic showcases of the practice known as card counting, which modern casinos will be glad cannot be replicated in the online casino apps and websites of today.

Another casino-based movie that always flies under the radar is Croupier, which turned out to be the jewel in the crown of Clive Owen’s acting career.

Perhaps Owen spent lots of time in casinos preparing for his protagonist role in the 1999 motion picture, because he managed to convey the existence of a live dealer, and all the pressures that come with it, with aplomb.

The whole movie was shot by director Mike Hodges in a beautiful Noir style and is still a feast for the senses, even though it is over 20 years old. 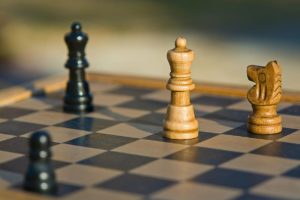 Caption: Chess is just one of the classic games whose online rejuvenation has led to a spurt of movies looking to cash-in on its newfound popularity

Thankfully for screenwriters, much of the work has already been done for them by great authors of the past, like Vladimir Nabokov, who was most famous for his literary masterpiece Lolita. It was his chess-inspired novel entitled The Luzhin Defence that was reworked for the big screen.

To add some glamour to all the chess, there was a love story interwoven into the plot, which meant the protagonist falling in love with a character played by Emily Watson.

No prizes for guessing which game this movie revolves around. Backgammon was a critically acclaimed short film that swept up awards at many of the major festivals when it was released back in 2014.

The story follows the life of a man who makes a living by hustling people at backgammon in his local park. Unfortunately, this is not lucrative enough for him to continue paying rent and he is forced to accept the help of a young sidekick who saves him from oblivion.

While most of the games on this list are all about probabilities and strategy, the game that Word Wars was all about was Scrabble, where players instead need to have an entire dictionary and thesaurus packed in their brain.

This is a quiet and pensive documentary-style movie, but it certainly gets to the heart of what it means to be an elite Scrabble player.