Mountain Music: The West Coast Country Music Festival Returns to the Greensprings for a Fifth Year 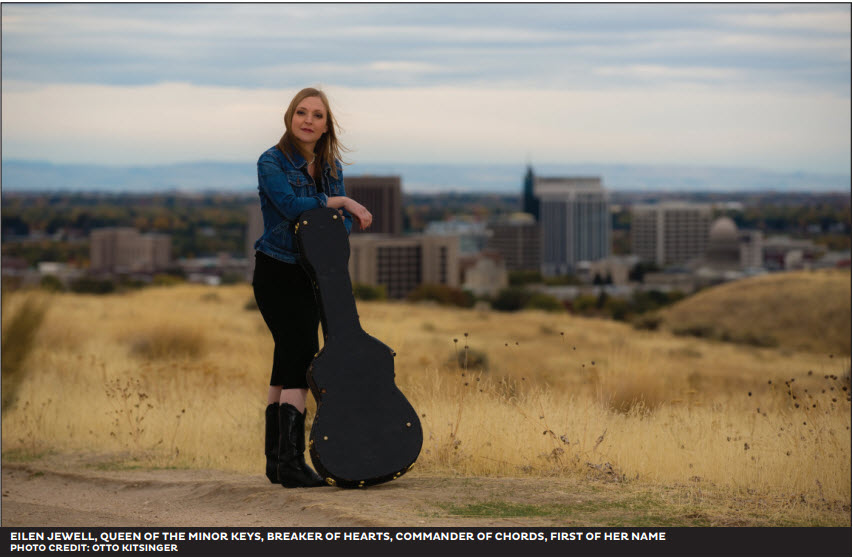 No matter their genre of choice, most music fans will claim that the good stuff isn’t what’s on the radio. But perhaps nowhere is that split more pronounced than in country music, in which Nashville dominates the charts worldwide, but arguably isn’t even country music at all. That split can be seen in practice in local summer festivals. While the Country Crossings Music Festival brought in the twang-pop superstars, for the real stuff, the good stuff, locals are heading up to the mountains for The West Coast Country Music Festival, now in its fifth year courtesy of the Modern Roots Foundation. The festival is going down Sat., August 12 in The Greensprings. The Messenger caught up with festival director Dee Fretwell, and festival headliner, Eilen Jewell for some background.

Rogue Valley Messenger: This is your fifth year doing the festival. Anything new or different for this year?
Dee Fretwell: The side stage has been added back, which will be located near all of our food vendors. This stage, the Hilltop Music Stage, will showcase local musicians as well as up-and-coming Santa Cruz musician, Jesse Daniels.

RVM: After doing the festival for five years as you have, how do you keep it fresh?
DF: I work hard to continue looking for up-and-coming musicians who match our vision for the festival. At the same time, I also think some of the charm is the intimate connections that we have with our returning musical acts as well. As time goes on,there’s a real value to keeping the culture of the festival community-based and family-friendly, while seeking out the incredible musical talent that is out there.

RVM: What in your opinion makes WCCMF a unique festival?
DF: We try to keep it very simple, and work extra hard to keep it affordable for our community, all the while creating a safe place for families to gather together and enjoy their weekend. Plus, the Greensprings is a really magical venue location, and without the support of the McGuires we wouldn’t be the same festival.

RVM: What are you most excited for at this year’s festival?
DF: Having Eilen Jewell at our festival this year is a big highlight for us.

RVM: How did you get the nickname “the queen of the minor key?” Do you ever feel limited by it? What do you do when you want to sing a happy song?

Eilen Jewell: I don’t think that situation has ever come up. I’m a relatively happy person, but I just don’t care for happy songs. I got the nickname from a friend of mine, a musician in the Boston area. When I was just starting out I sat in with him on a couple of songs during one of his shows. To introduce me he said, “And here she is, ladies and gentlemen, the queen of the minor key, Eilen Jewell.” At first I was embarrassed by it, but then I realized I should just accept it, because it really does sum up my aesthetic in a few words. Now I really like it.

RVM: Are there unique challenges that come with your genre?

EJ: The only one I can think of is just describing it to the general public. Americana is not quite a household name yet, and it’s such a miscellaneous term, that I think I sometimes lose people in my attempts to explain. It encompasses so much—rock, blues, jazz, roots, country, folk….That’s part of what I love about it, but it’s definitely part of its limitation too. It’s difficult to have a solid identity.

EJ: A sound like mine is the shadow side of contemporary music. People are drawn to it as a reaction to the same old mainstream stuff they’re hearing on most radio stations. Though I can’t stand the cheap, formulaic, commercial sound of today, I think I owe it a debt of gratitude in a way. Without it, I don’t think the need for a sound like mine would be as strong as it is.

RVM: Have you played Southern Oregon before? Any expectations?

EJ: I’ve played Southern Oregon many times. People tend to be very welcoming and enthusiastic. We’re hoping for another warm reception. The bar has been set pretty high, but I know the Rogue Valley folks can top it.

Mountain Music: The West Coast Country Music Festival Returns to the Greensprings for a Fifth Year