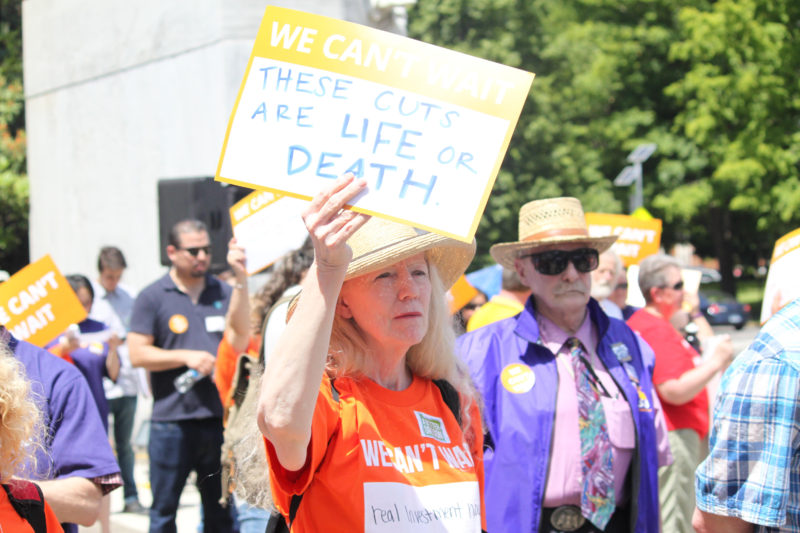 With the current legislative session wrapping up, the final pennies and dimes need to be lined up in the state budget—and it doesn’t look good. With a billion-dollar plus shortfall in necessary funding, in particular there are questions about how to fund schools, and there are questions about where money should come from—marijuana taxes have been a welcome revenue, but the failure of Measure 97 last election cycle, that would have taxed large corporation, leaves many lawmakers frustrated. The Messenger caught up with Katherine Driessen, spokesperson from Our Oregon, to look for some answers to these prickly questions.

Rogue Valley Messenger: Certainly one of the issues is the limited funds available, in spite of good economic times in Oregon. Even though the housing market is hot, property taxes are largely capped and limits growth there. There is no sales tax. And, in November, voters defeated corporate taxes in the form of Measure 97. Where are there opportunities for more revenue?

Katherine Driessen: One thing that was abundantly clear before, during, and after Measure 97 is that corporations are not paying their fair share in Oregon taxes—and voters know that. In the 1970s, corporate income taxes accounted for 18.5 percent of the state’s total income taxes, according to the Oregon Center for Public Policy. Today, that has dropped to 6.7 percent.

And it’s no surprise, since study after study has found that our corporate taxes are among the lowest in the country. Voters feel that, since they are disproportionately shouldering the burden of funding our schools and services.

And local businesses—even some that opposed Measure 97—have spoken out this session to say that corporations can and should pay more to support these services. Families and small businesses are already paying their fair share, and there’s an urgent need and growing appetite for corporations to do the same.

RVM: If there are not opportunities for revenue growth, does that only leave cuts?

KD: We will face deep cuts if we don’t raise corporate taxes. And when you already have the third largest class sizes in the nation, laying off 3,000 teachers isn’t just frustrating, it’s a crisis. Hundreds of thousands could be kicked off the Oregon Health Plan, and the cuts to disability services and college tuition hikes being proposed are serious and troubling.

Especially with the looming cuts at the federal level, the budget will be devastating without new revenue. Many of the cuts on the table are life or death. It’s unacceptable and unconscionable that legislators leave the building this session without holding corporations accountable for their fair share in taxes.

RVM: What about weed? Isn’t that helping close the gap between revenue and necessary funding for services?

KD: Revenue from marijuana is helpful, but it’s not even close to being the cure-all for Oregon’s budget woes—which go back nearly 30 years. Our low corporate taxes are the clear systemic problem that we must fix.

To put that in perspective: Between February 2016 and February 2017, Oregon’s marijuana tax brought in just shy of $70 million. Our state faces a $1.4 billion budget deficit for this upcoming biennium—and that’s just to maintain our current subpar service funding. Oregon needs another roughly $2 billion to fully fund its schools, according to the state’s Quality Education Model.

RVM: Who are some of the heroes from southern Oregon who are advocating for what you consider a smart and productive budget?

KD: There are lots of great champions for revenue reform in southern Oregon! Rep. Pam Marsh serves on the House Revenue Committee, and she has been an outspoken advocate for game-changing revenue and greater investment in schools and services. She is a true leader in Salem.

There are lots of standout local electeds working hard to win new revenue, too: Karen Starchvick, chair of the Medford School Board, Mat Marr, former chair of the Ashland School Board, Kay Brooks, a Medford City Councilor, Carol Doty, a member of the Jackson County Library District Board, and Sarah Westover, a Phoenix City Councilor, come to mind.

It takes leaders at every level to push for game-changing revenue, and they’re all working tirelessly.

RVM: One of the biggest concerns is funding for education. Oregon schools continue to have some of the lowest graduation rates in the country. In what three specific ways could increased funding address those issues?

KD: We have dedicated teachers and talented students in Oregon, but they have been asked to do more with less and less for nearly 30 years.

When you talk about graduation rates, it’s important to look at the staggering class sizes most Oregon students and teachers face. We have the third largest class sizes in the country, which means students aren’t getting the individual attention they need to succeed in the classroom.

We also consistently offer one of the shortest school years in the country. In fact, by the time an Oregon student graduates from high school they have received a full year less of school than a student in Washington. So not only are they struggling to get the attention they need in crowded classrooms, they’re also losing out on time in school.

Finally, budget cuts over the years have consistently forced schools to scale back programs and classes that keep kids learning: art, music, PE, language, advanced placement courses, and career tech, for instance. Oregon students do not have access to the courses they need to stay engaged and graduate on time.

Simply put, we are failing Oregon students by continuing to allow corporations to pay so little in taxes. With adequate funding, we could decrease our class sizes, restore school days to the calendar, and offer programs that keep students engaged.