Home»Feature»More Than A Moral Statement? Measure 100 Says The Right Thing, but Can It Do Anything?
Feature

More Than A Moral Statement? Measure 100 Says The Right Thing, but Can It Do Anything? 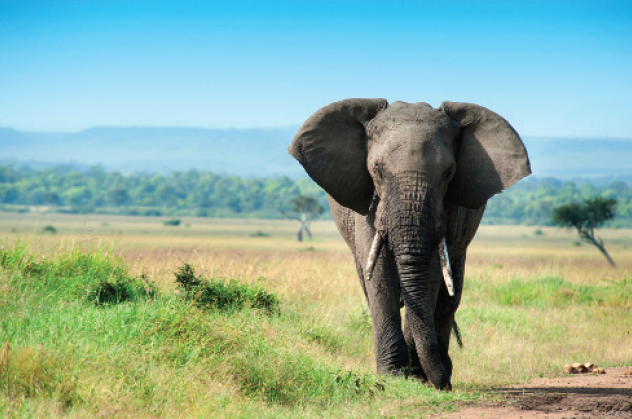 More than 25 years ago, I was studying in Zimbabwe for my junior year. It was 1990, and there was a good deal of chatter about the killing of endangered animals, like the slaughter of some 20,000 elephants each year to feed an appetite for ivory trinkets. Just a year earlier, Kenya’s President Daniel arap Moi had publicly ignited a stockpile of 12 tons of elephant tusks to show that his country would not tolerate any killings of elephants for illegal trade, and two years earlier, Gorillas in the Mist had showcased the brutal and relentless hunting of mountain gorillas in Rwanda. (The film picked up five Academy nominations.) It seemed as if international public attention and outcry about killing animals for illegal was crescendoing, and could finally put a halt to the demand for these ill-gotten animal parts.

But, what I saw in Zimbabwe was a completely different picture: Governmental officials ignored trade bans and the slaughter of elephants were not covert operations, but done so openly. One Saturday, while working in a rural area in the eastern reaches of the country, we were walking down a dusty road late in the afternoon when four men emerged from the bushes, carrying an elephant trunk and sagging under the weight. We walked a few hundred more feet to find a downed bull elephant, its face and tusks had been removed with a chainsaw. It was a bloody and gruesome sight.

In the intervening quarter-century, the illegal trade of endangered animal parts has not slowed one beat—and, correspondingly, the slaughter of animals from elephants to sea turtles to Great White sharks, has only intensified. It is reported to be a $23 billion business worldwide.

On Election Day, Oregon voters overwhelming approved Measure 100 to create a state law banning “the sale of products and parts of 12 types of animals in Oregon: rhino, cheetah, tiger, sea turtle, lion, elephant, whale, shark, pangolin, jaguar, ray, and leopard.” Certainly, I voted yes, but I also voted wishing that there was a more definitive approach to halting and penalizing the purchase of endangered animal parts—a global trade that kills now 30,000 elephants each year. And, I voted “yes,” but am concerned that Measure 100 is little more than a moral statement, full of sound and fury, but really not signifying any change.

The Oregon initiative follows a similar measure passed by Washington voters a year ago. It also rides the momentum from a 2013 Presidential Task Force on Wildlife Trafficking. There is nothing wrong with Measure 100, except that it may not actually do anything. It is redundant to international laws that already prohibit these sales, and it primarily does the job of re-stating federal law. In theory, the new law will encourage state and local law enforcement agents to look for and investigate potential illegal sale of animal parts, but where it primarily fails is it provides no funding.

There are currently four federal agents assigned to the state to monitor the sale of animal parts. (Ashland is also home to the Clark R. Bavin National Fish and Wildlife Forensic Laboratory, a federal facility that hosts 30 staff and manages some 500 cases each year.) Although Measure 100 re-enforces the legal statement against this trade, it does not provide any funding for state or local officers to help these federal agents. Asked if he is optimistic or pessimistic that Measure 100 will slow the trade, Gary Young, a Special Agent with the U.S. Fish & Wildlife Service, was unable to provide a definitive answer. “Hard to say at this time,” he responded in an email interview, “but we will continue to work jointly with the State of Oregon in combating all illegal wildlife trafficking.”

Measure 100 had no formal opposition, and throughout the campaign polled at 85 percent; ultimately, its support dipped to 69 percent by the final count of ballots. Yet in spite of zero opposition to the measure, proponents spent roughly $1.7 on the campaign, an amount of money similar to spent on Measure 99, which was a hard-fought victory to tie funding from Lotto dollars to providing Outdoor School for every middle-school student in Oregon.

Taken in its best light, Measure 100 was largely an opportunity for an education, to teach Oregon residents that animal populations are being decimated by a demand for exotic animal parts. (In a recent study, by the wildlife trade monitoring organization Traffic, Portland was flagged as having the second highest amount of ivory on the market. Washington, DC area was found to have the highest number of observed elephant ivory items with 68 vendors with 658 items, followed by Portland, with 37 vendors with 254 items), a number more than New York City and LA.)

For a quarter-century, federal agents and nonprofit organizations have worked hard to slow the supply and demand of endangered animal parts. Unfortunately, it has not accomplished that goal. Although it is doubtful Oregon’s new law will add much to current enforcement efforts, hopefully the campaign for Measure 100 did do something to educate more people about this covert, but enormous problem—an international one, but one to which Oregon residents are very much contributing.

More Than A Moral Statement? Measure 100 Says The Right Thing, but Can It Do Anything?