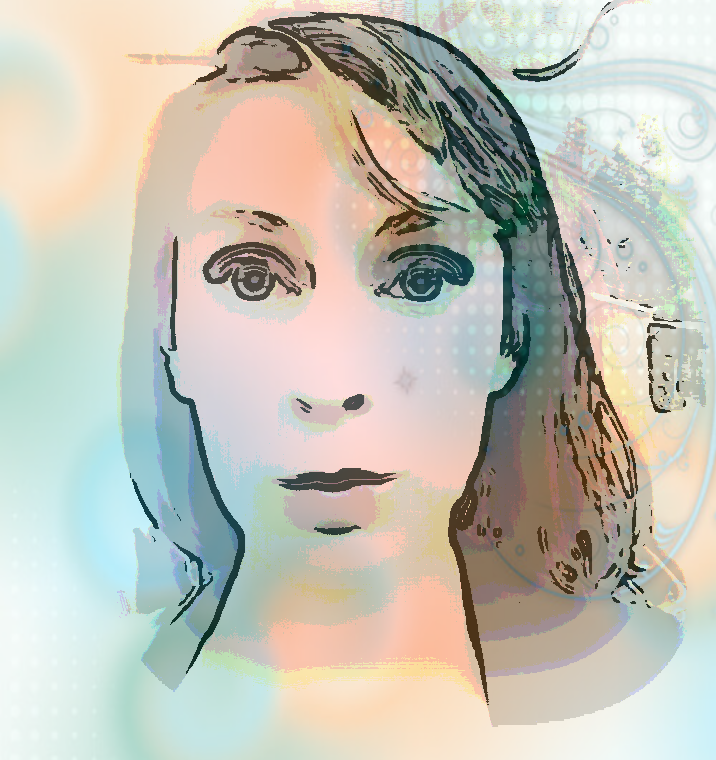 “I’ve been singing pretty much my whole life; I started out doing jazz and blues,” says Holman. “I went to school and started doing some electronic stuff. And from there I got into hip-hop..I had such a hard time finding a band; I was younger and most of the blues [and jazz] players were older. Once I got into school, I started learning the programs and writing my own music.”

And once she did, Holman’s hip hop alter-ego, Holographic Girl, brought Southern Oregon a unique blend of raps paired with electronic beats and soulful vocal melodies, a blend she will showcase on Sun., January 7, opening for underground fast-rap hero Mac Lethal at The Bamboo Room in Medford.

Holman is restless, and is constantly looking for ways to expand her live sound. But the hip-hop scene in the Rogue Valley is relatively new, and only beginning to flourish.

“I definitely want to improve my live performance and get a dedicated DJ,” says Holman. “My goal is to try to find some other like-minded artists and maybe some DJ’s; like a collective. So it’s more consistent, and less sporadic.”

Holographic Girl’s 2016 release, Mic This World, incorporated cutting edge production elements with thoughtful lyrics. But lately she has been laying-low and working on material for her upcoming album.

“I have a lot of material,” says Holman. I want to bring it out with a bang. I want to make it better than the last one; work with some newer producers and bring a whole new feel to it. I haven’t been doing too many shows; I took some time to write.”

She knows that emotion cannot be manufactured and uses it as a chance to see things from a different perspective.

““When I feel anxiety and tension I know it’s time to write,” says Holman. “When I feel content I don’t write. A lot of my music comes from turmoil, human relationships; the grimey shit. There are a lot issues that people sweep under the rug.”

The world is a crazy place and we all live here together. But at the end of the day, it is always the music itself that is most important to Holographic Girl.

“I’m definitely interested in the metaphysical,” says Holman “And quantum-physics and the big questions. Music can help people break through the regular shit. It’s medicinal; healing in a way. Most things are an illusion on the surface.”