Home»Sound»Metal by Default: Lightning Rules Are Too Cool to be Jazz Cats
Sound

Metal by Default: Lightning Rules Are Too Cool to be Jazz Cats 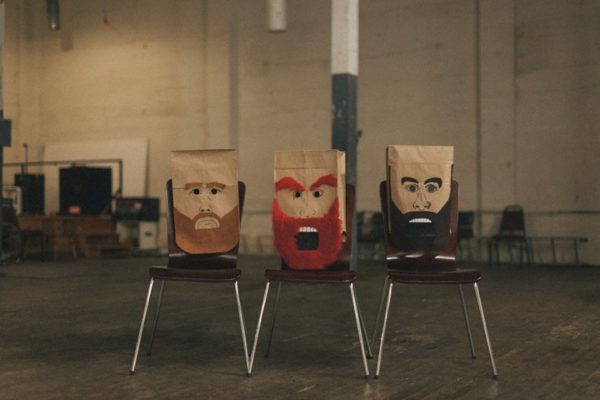 To say metal has a reputation is putting it lightly. But in this reporter’s experience, the predilection for drunk driving and ritual murder that stereotype presumes are less accurate than are the metalista’s traits as unrepentant goofballs. Quite commonly, metal sets its sights on the sharkiest shark out there, and guns the throttle to jump it.

PDX-group Lightning Rules, who will be playing The Sound Lounge on Thu., February 1, aren’t exactly going for the punchline Steel Panther style. Their sound hews closer to the sludge of Queens of the Stone Age and classic Sabbath than the dizzying majesty of the glam falsetto. But as should be evident from the name, “Lightning Rules,” the goofball is strong with these ones. The band took the time to explain the origins of their name, and a few other things, for The Messenger to preview the show.

RVM: What does your name mean? Why did you choose it?

LR: A friend’s eight-year-old daughter drew a picture of lightning with the name “Lightning Rules” in it. After some lengthy negotiations (involving a later bedtime,  ice cream, and something called a “fidget spinner”) we were able to secure the rights to use the name. The rest is history. Or, all of it is history. Is this thing on?

RVM: Why did you pursue the hard rock/classic metal sound? Was it debilitate or something that arose naturally from the combined musicianship?

LR: We weren’t aware that there were other styles of music to choose from. Very deliberate, in the sense that we’re not cool enough to play in a pop band, but too cool for jazz. We grabbed what was left.

RVM: In this laptop ruled era, do you feel that heavy guitar rock like yours is in decline, or having a renaissance as it returns to the underground? Why or why not?

LR: Not necessary in decline, but definitely in the middle of a hard reboot. There are so many new and interesting ways that professional musicians and producers are using guitars in the studio that it’s hard to say that it’s going away. The instrument (and its application) is simply evolving. That being said, you’re also starting to see bands like Baroness, Mastodon, and Ghost receiving Grammy nominations. While more commercially driven rock has been plateaued for years now, to see those types of rock bands in the public eye says to us that the whole genre is getting ready to explode (again). It might actually start being o.k. for musicians to be good at their instruments (again)!

RVM: Your website has an 8-bit electronic vibe to it. Is there a connection between that aesthetic and your sound?

LR: Yes, in the sense that we have to constantly remind ourselves that no one wants to hear us play an hour long set of our favorite Nintendo themes from the ‘80s and ‘90s. In all seriousness, the connection lies in the DIY ethos of the band. Our first EP was purposeful in the raw sound we were going for, not a lot of effects or studio magic, and that has driven the imagery surrounding the band.

RVM: What are you going for when you write a song?

LR: To write our own version of “Black Hole Sun,” but like, completely different than that.

RVM: Have you played Southern Oregon before. Any thoughts or expectations?

LR: This is our first time, but the word on the street is that you guys love a good rock show down south. It’s the first date of the band’s first official tour. It’s gonna be loud, it will probably get weird, and it will definitely be memorable.

Metal by Default: Lightning Rules Are Too Cool to be Jazz Cats