In our last issue, we ran Q&A with several of the candidates for city council in Medford. We tried to contact all of the candidates, but only some responded. The email listed for Nick Lancaster, candidate for Medford City Council, Ward 2, was incorrect and he did not receive the Messenger’s initial request for an interview.

We are pleased that Lancaster reached out to us (in a civil and respectful manner, we may add), and requested that he receive an opportunity to explain his viewpoints. 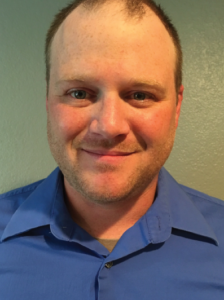 Nick Lancaster: I’ve spent the last four years in various elected positions within the Jackson County Employees Association (SEIU 497) and the Statewide SEIU 503 unions.  I was vice president of local 497 from 2013 to 2015, a statewide general council delegate for Jackson County from 2012 up thru 2015, and a member of our bargaining committee for the previous contract. So I do have some legislative experience, if not in a public office. This election cycle I didn’t see anyone like me running for city council. I’m a young man (34 years old), was born and raised in Medford. I feel we need more young blood on the city council, people with a vested interest in the future of Medford.

NL: I’ve talked about lots of things, but what I’ve been most vocal about is lead in our water and allowing recreational marijuana in Medford. If 15-144 (which bans recreational sales of pot) passes, Medford stands to lose hundreds of thousands of dollars a year in dedicated funding for police, schools, treatment programs and mental health. Residents would be subsidizing our neighbors budgets while watching ours shrink. On lead, Medford’s mayor appoints water commission board members with the approval of the council, I would be a voice to push for transparent and reformative appointments to the water commission board.

NL: Absolutely. Tim D’Alessandro has been an active and engaged community member for decades. He volunteers his time and resources as a little league coach, volunteers with United Way, ACCESS, ARC and others. Tim is a good man who cares about Medford, his friends and his family.

Jim Herndon is a retired combat veteran who served our country for 14 years in a variety of roles. He was a Phoenix, Arizona police officer and a Border Patrol agent as well. He’s lived a life of public service in his employment and since has volunteered himself to veteran’s rights issues and has worked actively to build the Vietnam War Memorial replica in Medford.

I think it would be harder to come up with something negative to say about my two challengers than it is to find things to compliment.

RVM: What do you see as the biggest challenge(s) for the city of Medford in the upcoming four years?

NL: Growing pains. Medford is growing and expanding at a fast rate as we come out of the last recession. We’re seeing issues in Medford that we would normally expect only in large cities. Medford stands at the perfect point to be hit hard by the plagues of heroin, meth, gang activity, gentrification, and sprawl as the entry point to Oregon from southern California. We need level headed people in places of power to help balance the competing interests of a city in flux.

NL: When I was younger I was definitely a Lisa. Now I kind of see myself of more of a Martin Prince… with just a hint of Kearney left in me.

NL: This one is a toss up. Either Portal Brewing’s Reagan Red Ale or Bricktowne’s Gunslinger.