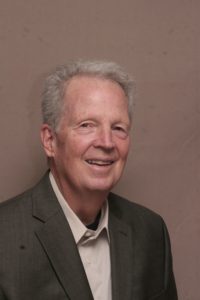 Over the next two months, the Messenger is providing Q&A with candidates for local positions. We start with the incumbent Mayor of Ashland. Answers were provided by email (hence, the emoticons).

Rogue Valley Messenger: After eight years as mayor, what do you feel is your biggest achievement so far?

John Stromberg: My most notable single achievement is probably getting $4 million from the Forest Service to complete the Ashland Forest Resiliency Project that reduces wildfire risk in our Watershed. Three years ago, no one knew where the money was coming from. I stepped in, figured it out, lobbied in Washington, D.C. and we got the funding. Now the truth of it is that I could only have done this because of the incredible quality of the AFR Project and its Leadership Team (Forest Service, Lomakatsi Restoration Project, The Nature Conservancy and the City) and a wonderful group of visionary leaders in the Forest Service itself.

RVM: What would you say to a voter who says you’ve been in office for eight years, isn’t it time to give someone else a chance?

JS: I would say that we are in unsettled times with many challenges and I have built up many positive relationships within and outside City government, which gives me a pretty unique ability to hold the community together as we work through difficult, complex issues: like preserving public order and quality of life while taking care of our local homeless population and dealing with people on the road who come through town; or making sure we have an adequate supply of clean drinking water, or implementing an ambitious climate & energy action plan currently being developed. Also I have an excellent working relationship with the Council.

RVM: Are you concerned that one of the council members, Carol, is challenging you? Can that be considered a “mutiny” against your leadership?

JS: This is part of our democratic process, which I fully accept. As for “mutiny,” Carol is one councilor our of six. You can ask the other five whether they are mutinying 🙂 I consider what Carol is doing as promoting community dialogue.

RVM: Can you pay a compliment to your challenger?

JS: Carol was the first person to urge me to run for mayor eight years ago. I, in turn, voted for her both times she ran for Council. I think we recognize and appreciate each other’s abilities. She is also a tireless campaigner, as witnessed by her campaign for Congress 12 years ago.

RVM: What do you see as the biggest challenge(s) for the City of Ashland in the upcoming four years?

JS: You can pick any issue, current or imagined, and the answer is the same: the challenge is to preserve the integrity and unity of our community. There is so much pent up frustration and anger in our country these days, that practically any issue can be the fuel for polarization. And if we become polarized we’re lost. However, in Ashland we have remarkable resources of creativity and healing; consider the recent “Unpacking Racism” sessions that I’m confident we can respond in a resilient way.

JS: I like Usain Bolt from the Rio Olympics, and his reggae sense of humor.

JS: I think Caldera Amber Ale is one of the best, although I’ve been on a vegetarian diet for several years now, with no alcohol allowed. It’s a little harsh, but I lost fifty pounds 🙂