Home»Feature»Look Closely: In Your Ballot’s Subtext, A New Political Party is Emerging
Feature

Look Closely: In Your Ballot’s Subtext, A New Political Party is Emerging 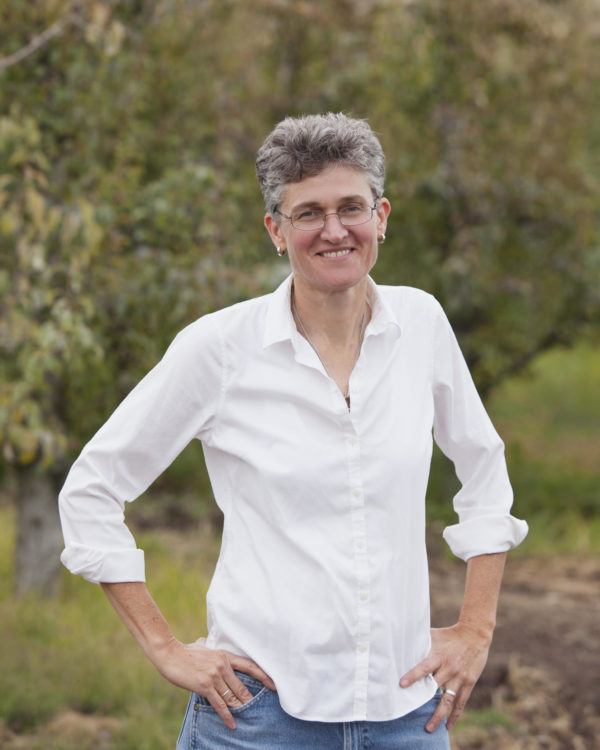 Peppered throughout Oregon’s ballots this election cycle are three simple words, “Working Families Party.” They are there as part of Governor Kate Brown’s candidacy for re-election. And state senator hopeful Jeff Golden is listed as Democrat/Working Family Party. And they are there for Jamie McLeod-Skinner, the challenger Oregon’s 2nd district representative for Congress.

There is no explanation on the ballot about what or who Working Families Party is, but that subtext is the tip of a political iceberg, and one that progressives hopes with bring a sea-change (so to speak, mixed metaphors aside).

“It’s much more than an endorsement,” explained McLeod-Skinner in an interview with the Messenger. “To me, co-listing our campaign as supported by the Working Families Party is a statement that I am proud of my working class roots, am committed to listen to the people who are the foundation of our economy, and will work shoulder-to-shoulder with everyone to help build stronger and healthier communities.”

Over the past decade, WFP has slowly emerged from the subtext and background to become a viable political organization—and true to Oregon’s pioneer pride, candidates and politicians in the state are riding the forefront of the trend. Started only 20 years ago in New York, over the past decade WFP has begun to populate political races in New England states as well as the west coast.

“I’ve found that voters appreciate the dual party affiliation,” asserted McLeod-Skinner. “A lot of voters are frustrated with our primarily dual-party system because it’s not successfully addressing our needs.”

Indeed, American politics do not have a generous track record allowing more than a two-party rivalry. Even since George Washington won the presidency as a non-member of any political party, the history of American national politics had been dominated as a scrimmage shuffling control of the Oval Office between two political parties—for the first half of the 19th century between the Democrats and Whigs, the latter who had an impressive run of four presidents, the 9th, 10th, 12th and their final, the apparently unlucky 13th president of America, Willard Fillmore, before imploding in 1852. And since then, as a tug-of-war between the Democrats and the Republicans.

There have been brief exceptions to that rule, but those have been flashes in the pan—like the 1850s when the issue of slavery challenged the political fabric in America and several parties bid for national attention, including the oddly-named and short-lived Know Nothing Party.

Early in the 20th century, there was another attempt to create a more pluralist political system. With waves of immigrants creating new needs and wants, and with women demanding a vote, the 1912 presidential election gave rise to the Progressive and Socialist Parties, both who put up viable candidates, including Teddy Roosevelt, who broke with his Republican Party as he tried to shepherd the Progressive Party into national politics.

But anything beyond the current two-party political system has failed to sustain itself on a large-scale—and it is unclear how much the WFP is attempting to create a third option, or whether they are simply trying to shoehorn their ideas into the existing system. Unlike the Green Party or the Tea Party which presented their candidates as standalones, separate and removed from the D and Rs, WFP candidates largely piggyback on progressive Democrats, handing out endorsements and candidates presenting their affiliation with WFP as something hyphenated with Democrat.

Over the past decade, for example, WFP has endorsed marquee politicians, who have accepted to be co-endorsed, but haven’t run as independent of the Democrats—including Oregon’s senator Jeff Merkley and New York governor Andrew Cuomo and New York City mayor Bill de Blasio. The Working Family Party also endorsed Bernie Sanders for his presidential bid.

McLeod-Skinner first began her affiliation with WFP when the nascent political party endorsed her candidacy in May’s primary election, which she won outright against a slew of challengers—and which positioned her for the current showdown against Greg Walden (who has no ambiguities about his singular adherence to the Republican Party).

“There are multiple benefits from the Working Families Party nomination,” explained McLeod-Skinner. “It helps voters recognize my commitment to working for those who work hard to care for their families and build s healthy economy.” She continued, “in this time of giveaways to mega-corporations and the super-rich, this distinction is important. The Working Families Party has also been a phenomenal asset in helping to connect with voters. Recently, we partnered with the Working Families Party on an unprecedented voter outreach effort to call over 100,000 voters in a single weekend. We were successful in large part due to the partnership.”

McLeod-Skinner is completely clear whether WFP is more a subset of the Democratic Party, or a completely different mindset that could serve as the cornerstone for a new political party. But she does appreciate that political parties are not stagnate—and are trying to adopt to new ideas and constituent needs.

“I’m proud that our campaign has built a broad coalition, with support from people of many party affiliations,” she said. “The Democratic Party that my grandfather and grandmother proudly supported—they were both factory workers and union members—was more like the Working Families Party of today. I think the Democratic Party of today has lost its way a bit, and I’m committed to working within the structure to help it regain its focus and get back to the basics: healthcare, educational opportunities, and development of an economy that works for all of us. I am proud to run a people-powered, community-driven campaign as an independent-minded, rural Working Families Democrat that is committed to integrity in government.”

She concluded, “These values aren’t mutually exclusive. It is what voters want.”

Look Closely: In Your Ballot’s Subtext, A New Political Party is Emerging