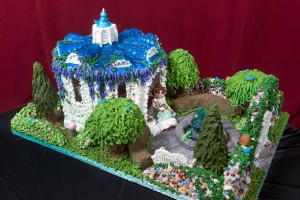 I was somewhat dismayed by the recent article by Deborah Gordon entitled “Pass the Meat?”

Dr. Gordon neglected to mention that the recent claim regarding the dangers of eating meat applies primarily to “processed” meat containing sodium nitrate and other additives and preservatives. It has long been common knowledge in the natural healing community that sodium nitrate causes cancer.

As Dr. Gordon correctly stated, raw meat cooked properly and eaten in moderation is a reasonable addition to any diet. It’s the bologna, hot dogs, bacon, and salami that can cause problems if eaten in excess long-term. As with all packaged food, additives are added to commercial products in order to increase shelf life and earn a higher profit.

It’s also important to mention that our local food co-ops and other groceries offer the same processed meat products without dangerous chemicals added. Of course, they cost more, and they must be kept in the refrigerator and consumed fairly quickly.

Since it’s Native American Heritage month, here’s a good one:  A native American chief and a turkey are standing on the shore observing foreign ships at large who are sending the first pilgrims to shore…..the turkey turns to the Chief and says, “You think YOU have a bad feeling about this…”!

Re.: Save Our Region

This community treasures our surroundings. We work hard not to take it for granted, and we stand up to protect when it is threatened. Remote, rugged, biologically rich land and waters cannot be replaced. If we lose prime habitat for our salmon and steelhead we cannot replace them.

Watersheds like the Wild and Scenic North Fork of the Smith (in Oregon), Rough and Ready Creek, 17 miles of the National Wild and Scenic Chetco River, the headwaters of Hunter Creek and the Pistol River are at stake. The threat is a large foreign mining company, Red Flat Nickel Corporation taking valuable minerals from public lands for free. Nickel is the key ingredient in stainless steel. The mining of nickel laterites greatly disturbs the land and those waters around it.  According to the US Environmental Protection Agency, the metal mining industry is the highest toxic polluter in the United States. Issues included toxic drinking water to many communities due to water and soil contamination, toxic dust, acid mind drainage, and flow alteration. Native salmon and steelhead could lose their habitat for spawning and rearing. Money cannot buy our resources, but greed can take them away.

Flyfishing is my passion, my business, and my lifestyle. I want my children to see a true wilderness stream with anadromous fish returning each year. I am not alone. I am part of a responsible community and trust our leaders to permanently withdraw the Mining Act of 1872. We have seen too much science and history of the damage done after a mine claim.

Now is the time to put pressure on our legislators: Senators Wyden and Merkley, Congressmen Defazio and Huffman have introduced the legislation (South West Oregon Watershed and Salmon Protection Act SWOWSPA—what a mouthful!). We are very grateful to them for this, but need their continued support to push this along with the Department of Interior and Congress!

I have been reading this book about the history of Marijuana. It is so demoralizing because the government of the U.S. has been supressing the health benefits of marijuana since the 1800’s and all in the face of scientific research that found no evidence that marijuana was harmful to your health, that it lead to addiction, that it caused the user to become a criminal and much, much more!

In 1944, the publication of the La Guardia Report concluded that “. . . Americans had been needlessly frightened about marijuana’s supposed dangers.” This report was publicly debunked by, Harry Anslinger, Commissioner of Federal Bureau of Narcotics, (FBN), and he threatened the doctors who did the research with prison terms! And the book has many more factual stories about the censoring of positive research regarding the different health benefits from the use of marijuana.

As I read on the front page of the Mail Tribune and this woman who is “addicted” to prescription painkillers that her doctors are trying to wean her off of and she is contemplating suicide to deal with the return of her pain!

Now if she just hadn’t been raised in a society that has brainwashed its citizens over the last 200+ years, she might just go down to a dispensary and get some relief from her pain. Or at the least give it a try!?

This is a very good read and also very disheartening.