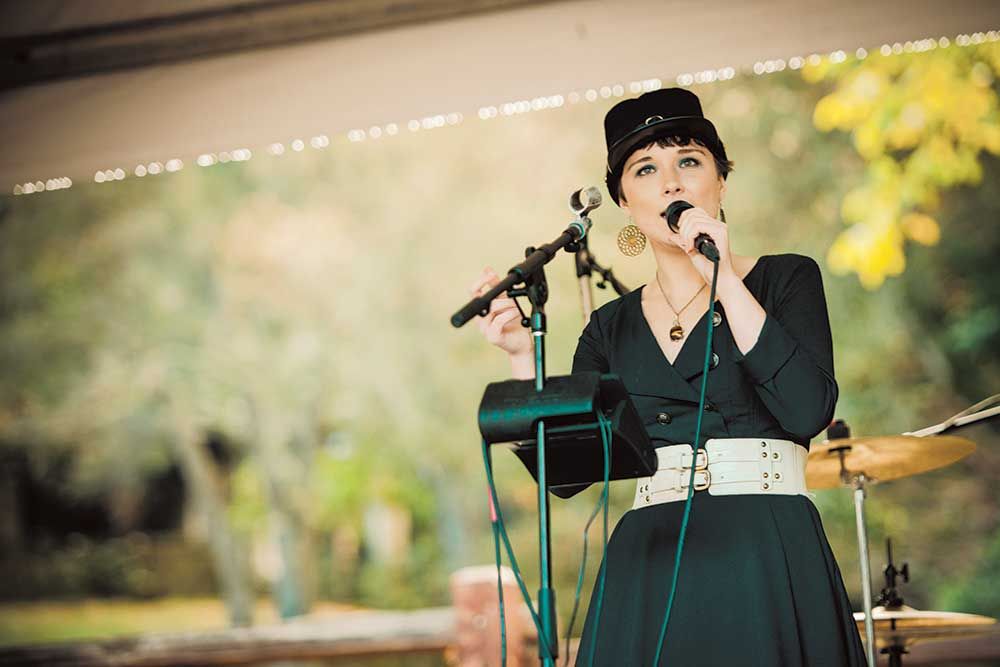 Electronic music often caters to a sizable, yet admittedly niche audience. However, one group out of Monterey California strives to take electronic out of the rave and into the retirement home. (Well maybe not that far.) Lillie Lemon and her cohort Erica Wobbles bring singer-songwriter sensibilities to electronic music and will set up their multi-synth act at The Haul in Grants Pass Sat., August 13.

“We’ve been told we’re electronic music for people who don’t love electronic music,” says Lemon. “A lot of our fan base is in the 40s to 50s age-range. They like it for the songwriting. Then we have a lot of college-age people who like us because it’s something you can dance to. These different age-groups draw different interest from what we do.”

It’s clear to see why Lemon’s music is enjoyed by such a broad range of music lovers. At first listen, it may take a moment to adjust to this unorthodox approach to electronic, but the result is an endearing soundtrack-esque blend of voice and synth. The palpable whimsy in each track is likely the result of the group’s lighthearted, laissez-faire approach to writing.

“I feel like my songwriting is so unintentional,” says Lemon. “I don’t look at in terms of ‘I’m going to write a song about sadness or depression or something.’ I don’t sit down that way. I usually sit down with a keyboard or guitar and words just come pouring out once I develop some chords I enjoy. It’s completely subconscious.”

Wobble’s echoes this sentiment, taking a pictorial approach when writing the accompaniments to Lemon’s lyrics.

“I don’t know if it’s anything I could put into words, at least not consciously,” says Wobbles. “I try to figure out what the lyrics are trying to say. Like “Sinking” is kind of a water song, like we are sinking in water, at least that’s the metaphor. So I tried to implement the sound of a fog horn. You know a fog horn, in the distance. Or sounds that invoke the sense of water drops, or muffled sounds like being underwater. Some of it’s not intentional and just kinda happened that way.”

Unintentional or not the group stumbled on a delightful formula. At the end of the day, Lemon and Wobbles want to make palatable music that can be understood by many, whilst simultaneously abstaining from compromise.

“To be true to myself I need to do what I want to do,” says Wobbles. “And the people who maybe just want an electronic beat in the background to do drugs, won’t be into that. It’s really my job to pander to everybody or meet everybody’s preference.”

“That being said,” chimes in Lemon. “We’re not saying that people who DO do that won’t enjoy us as well.”