Home»Feature»Ladies, There’s an App for That: 4 Seasons in 4 Weeks Guides Women in Discovering Themselves
Feature/New Year

Ladies, There’s an App for That: 4 Seasons in 4 Weeks Guides Women in Discovering Themselves 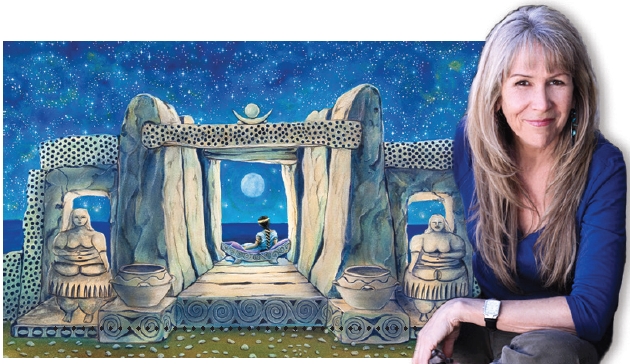 I remember the day I got my very first iPhone—black, with a gray, 30 percent recycled content case. Three friends and I went on down to the mall like giggling schoolgirls, and purchased spanking-new iPhone 3s. Between squeals of delight, repetitive selfies and informative exclamations, I’m pretty sure we used up all our data that first evening.

In the flurry of app-loading, I stumbled upon a free period tracker, and I thought, well, it’s free. It was basically a calendar with cute little icons that you posted on each day, keeping record of when your period was (red droplets), how you were feeling every day (stormcloud for angry, a balloon on a string for bloated, etc.) and when you were intimate (little hearts, awwww).

After a few months of this, the app “got to know you” and predicted when you were fertile (green dots) and ovulating (blossoming flower). If you got really into it, you could even record your temperature several times a day, to which I quickly hit “decline.” After several months of careful tracking, I lost interest and moved on to other apps (Ragdoll Blaster, anyone?), figuring that I had gleaned all necessary information from the exercise and haven’t given my womanly cycle much thought aside from, here we go again.

Now several years and two pregnancies later, I have turned again to the topic through Ashland author Suzanne Mathis McQueen’s 4 Seasons in 4 Weeks book, which has opened my eyes to the intrinsic detail in a woman’s cycle and the value of mastering it. Affectionately called “4s4w” throughout, the book should be accompanied be a separate daily tracker/journal, in spiral-bound book form, downloaded onto a device from 4s4w.com or as a magnet for your refrigerator, to allow for accurate note-taking. (The book itself is also available electronically, as well, with an official app in the works.)

To quote the introduction of the book, “The 4s4w strategy takes this seemingly overwhelming body function and walks you through each week in a non-technical way in order to prepare, manage, and have control over your experience, rather than living a life of reacting to it.”

As the title suggests, McQueen likens the approximate month of a woman’s hormonal cycle to the four seasons of the year—fall = “period” and “rest, receive, rejuvenate;” winter = “venus week” and “become, connect, attract;” spring = “ovulation” and “fully express, lead;” summer = “electrically charged, on edge, with rumbling energy inside”—or, if one is a woman not experiencing her cycle anymore, she would track her hormones with the lunar calendar—new moon, waxing gibbous moon, full moon, waning crescent moon— all correlating to the same themes as the cycling woman’s seasons.

Every “week” correlating to a season in the 4s4w understanding doesn’t always equal the standard seven days, nor does every woman’s “month” equal 30 days. Keeping daily notes and observations helps each individual pinpoint how long each “week” or “season” is for her, and thereby influences her focus and goals during those times. I’m not going to share all my notes (you’re welcome), but I did find some correlations and new insights on the repeating of my cycle.

Fall and summer have an “internal” focus, while winter and spring are “external,” which means that those weeks should be balanced for each woman to maintain her optimal health. I, for example, went out by myself and bought myself new boots during my “fall week,” which I typically wouldn’t do (I don’t usually enjoy shopping alone or for myself), and I discovered that I felt calmer after focusing on myself after a stressful work day. And alternately, I found that during the “external” times, I felt like the extroverted person that I perceive myself as, and gained contentedness from socializing.

While McQueen’s organizational language tends toward the metaphysical and abstract, she balances it out with conversational descriptions, applicable knowledge and concrete goals. While using created terms like “Womb Wisdom” and “Emoping” to replace words that she finds do not represent the female experience well, like “PMS,” McQueen also uses scientific terms like “estradiol” and “luteinizing hormone,” which gives the book a blend of factual originality.

She also rightfully emphasizes the other important aspects of female health, including diet, exercise, sex and contraception, insisting that all of these factors must play a role in pinpointing ones cycle. Her tone is never accusatory, demeaning or overly feminist, simply experiential, firm and respectful.

And while this book is written for women, an alternative and equally important goal of the text is to educate men about women and their cycles as well. Every season includes a two-page “ManGuide” with further insight into each phase, and Chapter 3, “Primal Rhythms,” specifically addresses sex, which should assist initial interest for a fella.

It can be a lot to tackle on one’s own, which is why McQueen offers a 13-week online course to help get you started, the next of which begins on February 27. For more info, visit 4s4w.com.

Ladies, There’s an App for That: 4 Seasons in 4 Weeks Guides Women in Discovering Themselves