Home»Culture»Know Who You Are Not: Entertainer Storm Large on School, Christmas Sex and Bad French
Culture

Know Who You Are Not: Entertainer Storm Large on School, Christmas Sex and Bad French 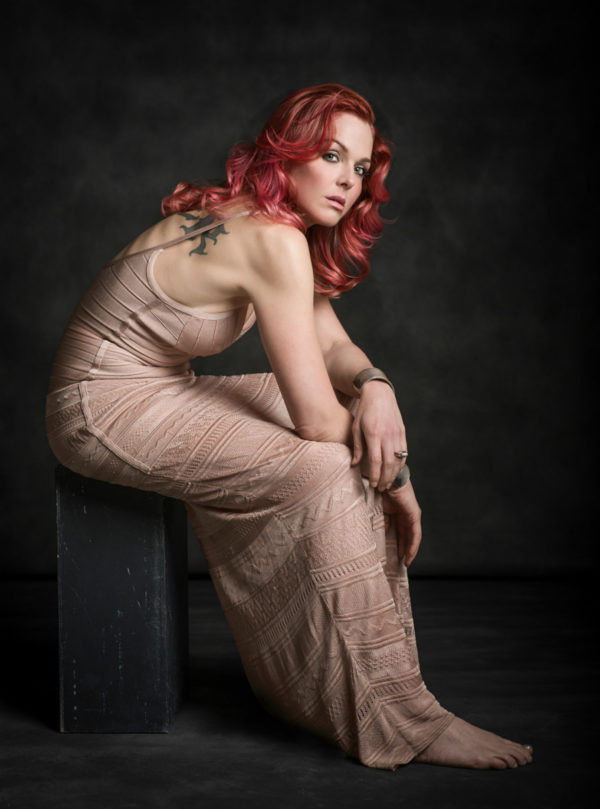 Coming in like a typhoon, singer/songwriter/performer/author Storm Large rings in the holiday with some kick ass. On December 30, Large will perform her Holiday Ordeal concert at the Craterian Theater, debuting one particularly special tribute.

“I wrote a rock and roll song called ‘Christmas In The Hotel’,” she explains, a true story of this awesome sexual encounter. “When you’re a touring musician you usually aren’t home at the holidays,” she expands. “Everybody else is having eggnog and families and feasts, and I’m alone with room service. It was a friend of mine and we were both alone, not bummed, but feeling a little existential and we were both drinking. It was the perfect opportunity, perfect timing, and we just wrecked the room!”

Her favorite tradition? “For nearly a decade, every year I look for a Christmas miracle, and it could be literally anything; hope amid the hopeless, joy amid the joyless, something that’s crazy timing or crazy coincidental or miraculous.”

Large says being apart from the norm is a strength, and lots of wry humor doesn’t hurt either.

“If you’re different that’s like the kiss of death,” she shares. “School did nothing but nurture my hatred of convention and conservatism. But after I became successful they were very keen to have me come speak and I was like, are you sure you want me to come and talk? So I asked [the students] how many of you feel like you don’t belong; like you super don’t fit in here and that everyone else is better off than you? A few raised their hands and I said, ok, all of you are gonna do better than everybody else. Even if you’re not an artist, you have to be able to think creatively and know not only who you are, but more importantly, who you are not. I’m sorry, but if this is like a cake walk for you then the real world is gonna kick your ass!”

Le Bonheur, her latest collaborative album, is another layer removed when you thought she’d exposed it all, with songs like her sultry, personal composition, “A Woman’s Heart,” and driving rendition of “I’ve Got You Under My Skin.”

“‘A Woman’s Heart’ is an apology to someone I loved and left, who was really controlling and abusive. He loved me but couldn’t see how badly he was treating me and basically wrote off the breakup as me choosing my career over a relationship.”

When she’s not writing songs in her (forced) downtime, she’s traveling the globe singing in multiple languages. “Turkish is easier than you might think; it doesn’t have those tricky vowels. Cantonese is incredibly swirly and difficult and Arabic is lots of (hawking up a hairball sound). French is really easy to get wrong! You can say something you think is perfectly beautiful, but you just said something so fuckin’ wrong and horrible!”

Gorgeous, talented, and about that tattoo…“I liked the idea of getting something that looked really mean and tough and said something really beautiful. It was the perfect metaphor for me; I’m big and strong and can brawl like any man, but I’m a tender, empathetic, fuckin’ sensitive baby bunny inside.”

“Follow the yes,” she adds, concerning her life motto. “That’s just your intuition. If something feels scary or it’s something you don’t think you could do, that’s probably a yes, especially if you feel incredibly heightened sensitivity around it. There’s something very potent, something you need to see or do there.”

“For me, what I do, singing, entertainment, performing, is my service,” adds Large. “I use my voice to elevate, to unite, and ignite. Because this was such a huge gift that people would give both arms to be able to do, it’s my responsibility to honor this gift and use it as much as I can, for as much good as I can, until it runs out.”

Know Who You Are Not: Entertainer Storm Large on School, Christmas Sex and Bad French