Home»Sound»Kings of the North: Kingsborough is Royally Not Into So-Cal
Sound

Kings of the North: Kingsborough is Royally Not Into So-Cal 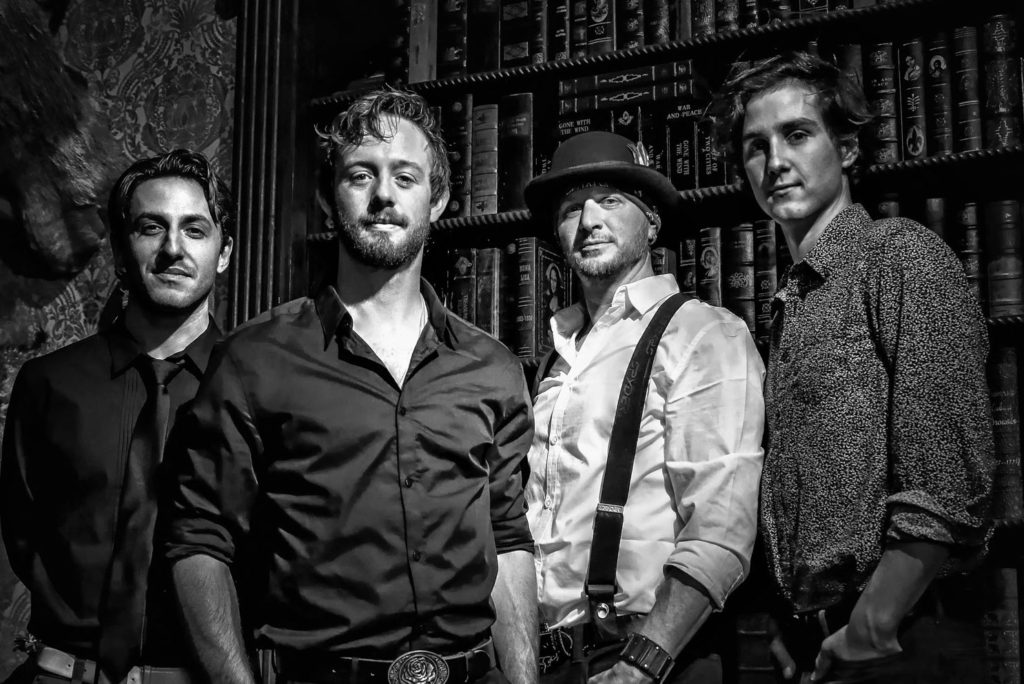 “We like to create a relationship with our audience as equals,” says guitarist Billy Kingsborough of the aptly named group Kingsborough.

And they’ve proven quite adept at making that connection. Though their upcoming gig at Johnny B’s on Thurs., October 27 will be the band’s first trip into the Pacific Northwest, back in their homebase of Nor-Cal, they’ve scored opening gigs for such iconic acts as ZZ Top at the Wells Fargo Center in Santa Rosa in 2015 as well as Joan Jett and the Blackhearts at the Luther Burbank Center for the Arts in Santa Rosa. The band was especially glowing of their experience sharing the stage with the Blackhearts.

They’ve also tried So-Cal, but found it a bit lacking. Kingsborough found itself performing at hallowed Los Angeles-based venues the Whiskey a Go-Go and the Hollywood House of Blues. However, they felt a bit out of place in the angelic city.

“L.A.’s weird,” Kingsborough noted. “We stuck out like a sore thumb.”

He says the band feels more at home in the north.

“We love going up there,” he says.

Why? The group is comprised of members Billy Kingsborough on rhythm guitar, Alex Leach on lead guitar, Chris Mangione on bass and John Whitney on drums. Their powers combined include elements of classic guitar driven rock n’ roll and early R&B, for a thick bluesy sound.

The band originated with the introduction of Kingsborough and Leach in Santa Rosa. According to Kingsbourgh, he and Leach jammed together for the first time on a Sunday and played their first gig the following Tuesday. The other two members were added to the group in a similarly spontaneous fashion.

“It just clicked. It was instant,” says Kingsborough. “The music really randomly brought us together”.

While working on their first full length release The Night the Grind and the Woes in Berkeley, California, Kingsborough had the opportunity to record down the street from the place where Cosmo’s Factory by Creedence Clearwater Revival was recorded.

“We listened to a lot of CCR…we were influenced by their simplicity,” says Kingsborough. “I can chug some sweet John Fogerty rhythm stuff” said Kingsborough of his guitar ability.

With their love steeped in the nitty gritty of Chicago blues and the rhythmic propulsion of early soul and R&B music, Kingsborough delivers the robust and danceable sonics that any rock n’ roll fan is sorely lacking in our desert of modern life. If what you have been missing is some crunchy rock n’ roll, reminiscent of your favorite good time get down music, don’t pass up the chance to dance to Santa Rosa’s mighty Kingsborough.

Kings of the North: Kingsborough is Royally Not Into So-Cal