Home»Sound»Keep On, Keeping On: American Standards Refuses To Quit
Sound

Keep On, Keeping On: American Standards Refuses To Quit 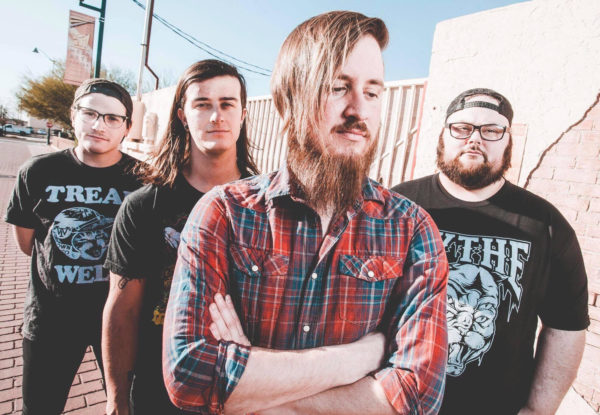 Punk-metal band American Standards have released five albums in seven years, and until last year had never recorded consecutive albums with the same line-up. Vocalist Brandon Kellum and guitarist Corey Skowronski have played 300 shows together since 2011. Joined by bassist Steven Mandell, and drummer Mitch Hosier, they plan to tour from coast to coast this year. And on Sunday, April 1, at the Bamboo Room in Medford, American Standards will play the Rogue Valley for the first time.

“I first started playing guitar in a band and the dream was just to be in a band and tour, and we toured non-stop,” says Kellum. “Some of the guys were tired of being on tour all the time. Some people say, ‘find what you love and do it for a living.’ But if you do what you love for a living it’s not as fun, because it’s your job. Playing music is so much more fun when I don’t have to rely on it as a living.”

Balancing work and play is one of the reasons American Standards has been able to persevere. And following in the footsteps of their musical heroes, has given them some perspective early in their career.

“We’ve been playing with bands that we looked up to when we were younger,” says Kellum. “Some of them say they are just going through the motions. Some of these guys have been doing it for twenty years and keep doing it even though they are not that passionate about it.”

Some of us grew up looking at pictures of our favorite bands, wondering what it might be like to live out our own ‘rock n’ roll fantasy’. But the reality is that, being a musician takes a lot of hard work. And aside from the adrenaline rush of being on stage, there are many hours of boredom to contend with.

“The majority of being in a band is driving from one show to another,” says Kellum. “Maybe social media shows pictures of this guy having the time of his life, but you don’t see photos of him sitting in a parking lot. You get the snippets of the glory-moments and you have to fill in the blanks yourself.”

Their latest album, Anti-Melody, was released April 2017. Recording was begun at legendary Kingsize Soundlabs in Los Angeles, but was put on hold when the band received news that founding guitarist Cody Conrad had taken his own life. And while still grieving for Cody, Kellum found out his father had cancer. But the band channeled that grief into their music, and completed the album at home in Arizona.

With the help of numerous musicians, Kellum and Skowronski have kept American Standards going for seven years. And it is their work ethic and dedication that have kept the band from derailing.

“I thinks it’s one-part not wanting to start over,” says Kellum. “We’re older than a lot of the people we play with. I started when I was 17, now I’m 32. The whole vibe of the band is about pushing through hardship and struggle. Whenever we’re faced with hardship we go, is this the end of the band or are we just gonna push through?”

Keep On, Keeping On: American Standards Refuses To Quit