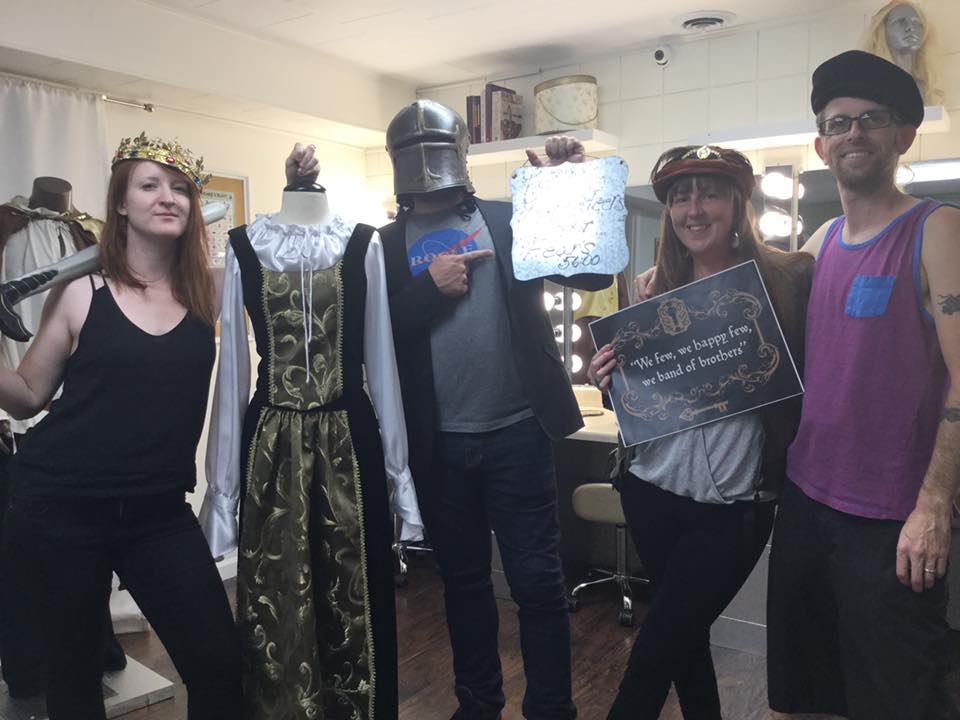 On the surface, being locked in a room unable to escape is a nightmare. But for Kerri Franklin, owner of Escape Ashland, it’s a great family activity.

Her first was in Europe several years ago, and she’s done a dozen or so around the world since. After an escape experience with her family in Whistler, it dawned on her that Ashland was a place direly in need of an escape room.

“With the kind of people who visit, the college; it is a good fit,” she says.

After a year of design and remodeling, Escape Ashland opened in spring and has stayed relatively busy since. Though the experience is for groups of two to eight, those groups wishing to attend should probably book their two-hour slot at least a week in advance, especially if they prefer to attend on a weekend.

For the uninitiated, an escape room is a game that works out pretty much exactly what it sounds like: Players are locked into a room and must make a jailbreak. They do so by solving a series of puzzles to ultimately find the key that lets you out of the room. Those puzzles are themed to give a sense of plot that propels players forward.

“The best rooms are immersive,” says Franklin. “You feel like you’re in that world. The props and the tricks are always icing on the cake. It’s the environment, and having it be logical so that the sequence makes sense.”

Franklin says that plots don’t have to be high-tech, just original. She played a painfully realistic one in Portland where the goal is simply to find the rent money.

For Escape Ashland, Franklin worked with a design team in Bucharest to create a Shakespeare-themed escape.

“The premise is you’re here for the audition for Henry V, but you are locked in the Green Room,” says Franklin. “We wanted to do something that was all-ages, not scary or dark.”

To escape the green room and make the audition, players must navigate hidden messages, locked drawers, secret rooms and more. Players may ask for hints if they get stuck, but asking disqualifies them from joining the roster on the leaderboard. However if players are stuck, staff offers hints through an intercom to ensure that everyone makes it through eventually.

“It’s kind of hard to know how long it will take,” says Franklin. “The best groups can do it in about 35 minutes. Those that struggle take an hour and a half.”

The current record is 33 minutes, held by a team of E.R. nurses.

But the experience doesn’t always bring out the best in a team.

“There was some tension in a newlywed couple once,” says Franklin.

Escape rooms have their origins in point and click adventure style video games, as well as larger games like Portal or The Legend of Zelda. The “escape the room” subgenre became popular enough to be launched as a live experience in Japan, and then it spread out across the world’s interesting locations.

“There’s one in the catacombs in Paris,” says Franklin. “I wish we’d done that.”

There are enough now that some superfans even go on escape room tours. Of course, they kind of have to. Since the thrill comes from the mystery of the puzzles, each particular escape room is generally a one-time experience.

“The lifespan of a room is about 18 months,” says Franklin. “We will probably change the design in the downseason next year.”

Franklin doesn’t yet know what the theme for the redesign will be, and is considering taking suggestions from the public.

But for those locals who are already hooked, don’t worry. Escape Ashland is already at work on a second room in downtown that will be old west saloon themed. Franklin is hoping to have that room open this winter. For fans, the next room can’t come soon enough.